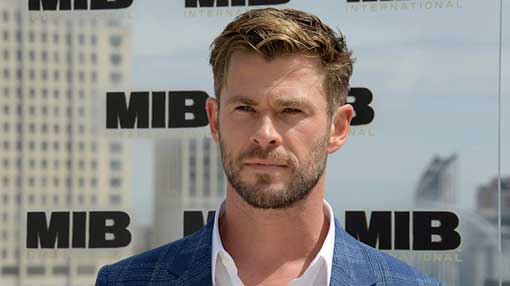 Chris Hemsworth to take a break from Hollywood?

Chris Hemsworth has decided to take it slow and take a break from working. The actor told Australian newspaper, the Daily Telegraph that he will go on a sabbatical to spend more time with his family. Well, after the back-to-back success of his recent films and with him gearing up for one of his biggest movies, Men in Black: International, it is not surprising that he wants a break.

He told the Daily Telegraph, “This year I probably won’t shoot anything. I just want to be at home now with my kids. They are at a very important age. They are still young and they are aware when I leave more than before. I have a press tour, a few endorsements and bits and pieces, but mostly just be home.” He further continued, “If you went back 10 years and asked me what would be my dream scenario, this is kind of it. I can now sit back, enjoy and appreciate it, and stop chasing [movies].”

Ever since he got into the Hollywood space, Hemsworth had quite a struggle. In his interview with Variety, the actor revealed, “A big reason I started acting was because I loved film and TV, but it was like we had no money. I wanted to pay off their house, initially. That was my sort of thing.”

He put too much pressure on himself and thought, “If I hadn’t taken it upon myself to take care of my family, I might have been more relaxed. I remember I had an audition right before Christmas one year, where things were not going good. I’d stopped getting callbacks, and I was getting worse feedback. I thought, ‘God, why did I do this?’“

The break will definitely help him get back on track as the awesome father that he is. The actor and wife Elsa Pataky have three kids, 7-year-old daughter India Rose and 5-year-old twin boys, Sasha and Tristan. Interestingly, back in October 2017, Hemsworth spoke about GQ Australia and revealed the secret behind managing to hold a strong eight-year long marriage.

“Once you have children, every instinct and every moment of your time is consumed by that. You’ve got nothing for each other,” he revealed. “So, make sure you have date night even if it’s once in a blue moon because most of the time you’re just too tired and you’d actually prefer to sleep.”

Men in Black: International is set to release on June 14 and also stars Tessa Thompson, Liam Neeson and Emma Thompson in pivotal roles.