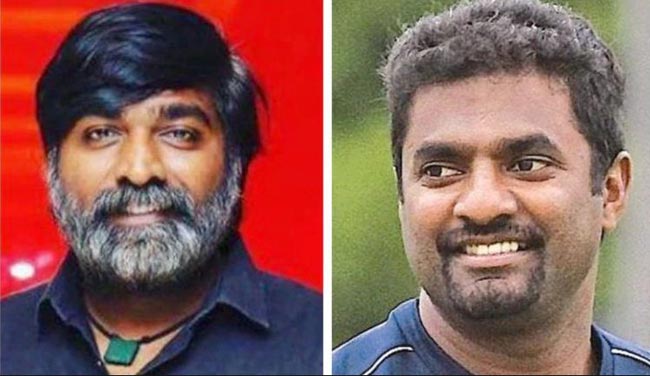 Tamil actor Vijay Sethupathi is set to play former Sri Lanka spin wizard Muttiah Muralitharan in a film titled ‘800’, according to a report on a website. The title of the film is after the number of wickets the former off-spinner has in Tests and the tally makes him the most successful tweaker in red-ball cricket which is 92 more than the second position-holder Shane Warne. Muralidharan also has 534 wickets in ODIs and 13 in T20Is which takes his international wicket tally to a whopping 1,247.

Born in Kandy in 1972, Muralitharan went on to play in 133 Tests, 350 ODIs and 12 T20Is between 1992 and 2011 and established himself as one of the game’s greatest despite facing periodic legal challengers for his unique bowling action. He was one of the key members of the Lankan side that had won the cricket World Cup in 1996.

“We will begin filming in December 2019. It’s a big-budget film that will be shot in India, Sri Lanka, England and other parts of the world,” the website report quoted a source close to the project as saying, as per India Today.

No official announcement has been made about the film.

Sethupathi, meanwhile, is busy with a number of projects at the moment including ‘Sanga Tamizhan’ and ‘Kadaisi Vivaysayi’. His last Tamil film ‘Sindhubad’ which got released in June failed to do well at the box office. His latest film is ‘Marconi Mathai’ which marked his debut in Malayalam film.

When made, the film on Muralitharan will be the latest addition to a list of biopics that the Indian film industry has seen in recent times. Whether it is in cricket, film or politics, a lot of biopics have been made in recent times. People on whom the biopics have been made include MS Dhoni, Milkha Singh, Mohammad Azharuddin, Mary Kom, Bal Thackeray and others. Regional film industries like Tamil and Telugu too have come up with their share of success in biopics.

The Lankan tormentor’s bowling action had earned him a serious challenge and in the late 1990s, an Australian umpire had targeted him during an ODI game over his action. That’s when his the then skipper Arjuna Ranatunga had stepped in and took the entire Sri Lankan team out of the field in protest.