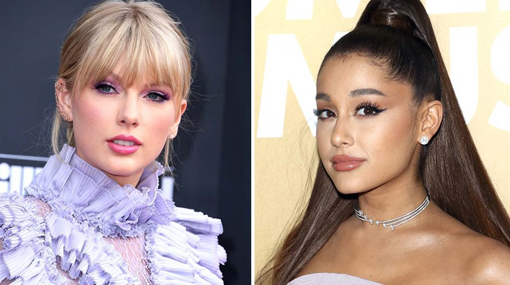 Taylor Swift and Ariana Grande dominated nominations on Tuesday for the MTV Video Music Awards (VMA) with 10 apiece, but some K-pop fans cried foul when best-selling Korean bands were placed in a separate category.

Grande’s breakup anthem “thank u, next” and Swift’s “You Need to Calm Down,” in which she criticizes social media trolls and those who attack LGBTQ people, will contend for the top prizes of the song of the year, best pop and video of the year.

Grande also got a nod for artist of the year along with rapper Cardi B, 17-year-old newcomer Billie Eilish, Halsey, the Jonas Brothers and Shawn Mendes.

Korean boy band BTS, which has led a K-pop music wave in the United States and scored three No.1 albums on the Billboard chart in the past year, got just four nods, including three in the newly created K-pop category.

“bts outsold,,,, EVERY SINGLE,,, artist in the artist of the year category but the vmas didn’t wanna see that so they made a whole new category just to not acknowledge the power and influence bts has had over the whole industry,” tweeted a BTS fan called Chioma.

“I am getting so sick of the westerners not giving BTS the due respect. They ignore stats, facts, achievements, charts and the people as well,” a user called Shivani Shintre posted on Twitter.

Fans vote on the winners of the VMA awards, which will be announced at a show in Newark, New Jersey, on Aug. 26, but they do not vote on the nominations.

“Boy With Luv,” a collaboration between BTS and American singer Halsey, received nods for best collaboration, art direction and choreography.

Other nominees in the K-pop field include girl band BlackPink, Monsta X, NCT 127, EXO and Tomorrow X Together.

Other nominees in the category include The Killers’ “Land Of The Free,” a protest against U.S. President Donald Trump’s planned wall on the U.S.-Mexican border, and “Runaway Train” about missing children.