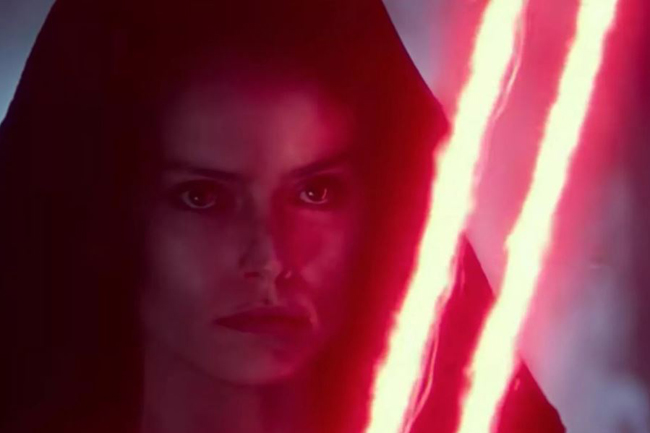 Disney has released a teaser trailer for “Star Wars: The Rise of Skywalker,” which is the final installment of the franchise’s latest trilogy.

The trailer first premiered during Disney’s D23 Expo, and it teases the possibility of the series’ protagonist, Rey, going to the dark side.

While the trailer is heavy on footage from the previous “Star Wars” films, it shows off some never-before-seen footage.

One scene shows Rey fighting against Kylo Ren, the main antagonist of the film, atop a ship. In another shot, dozens of Star Destroyer ships can be seen in formation, possibly preparing for battle.

However, the most interesting footage from the trailer is undoubtedly the final shot, which shows a hooded Rey wielding a double-sided red lightsaber. Her hood and red light saber hint at the possibility of her going to the dark side, as both are typically associated with the Sith, which are enemies of the Jedi.

J.J. Abrams is back in the director’s chair, picking up where he left off after directing “Star Wars: The Force Awakens.” The upcoming film follows the Rian Johnson-directed “Star Wars: The Last Jedi.”

“Star Wars: The Rise of Skywalker” releases on December 20.