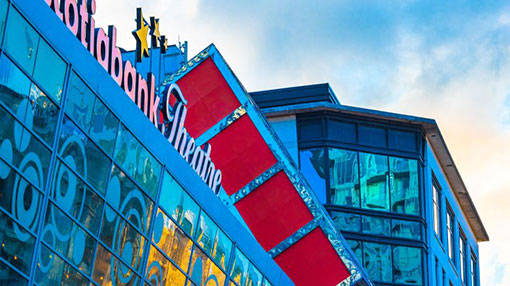 Cineplex, the Canadian exhibition giant that runs Scotiabank, told TIFF this year that Amazon and Netflix titles it programmed for a short run in movie theaters, or none at all, have been barred from its multiplex on Richmond Street that hosts industry and film critic guests.

“There are hundreds of fantastic films screening as part of this year’s festival, and with all those options we asked that our screens feature titles from studios who understand and appreciate the importance of the theatrical release model,” Cineplex spokesperson Sarah Van Lange told The Hollywood Reporter.

“We have a strong and longstanding partnership with TIFF and are proud of our role in creating memorable theatrical experiences for festival goers, now and for years to come,” she added.

The new P&I policy has forced the Toronto fest to shift industry and press-only screenings for Amazon and Netflix titles two blocks over to Bell Lightbox on King Street.

“Cineplex has been a great partner of TIFF’s for many years. This year, new restrictions were put in place on our use of their Scotiabank Theatres during the festival. As a result, TIFF scheduled films that do not comply with their traditional theatrical windows, in other venues,” the festival told THR in a statement.

Cineplex CEO Ellis Jacob, besides being a key sponsor of TIFF with a seat on its board, is also chairman of the National Association of Theatre Owners, the trade organization that represents movie theater operators, who are facing a competitive threat from streaming giants and their movie home-viewing options.

Jacob has been a critic of Netflix, Amazon and other streaming players that allow token short runs in cinemas for their awards-season hopefuls before quickly shifting them to their digital platforms. “As the biggest exhibitor, our preference is always to have movies play on the big screen,” Jacob told a festival panel on the theatrical marketplace at TIFF’s 2018 edition.