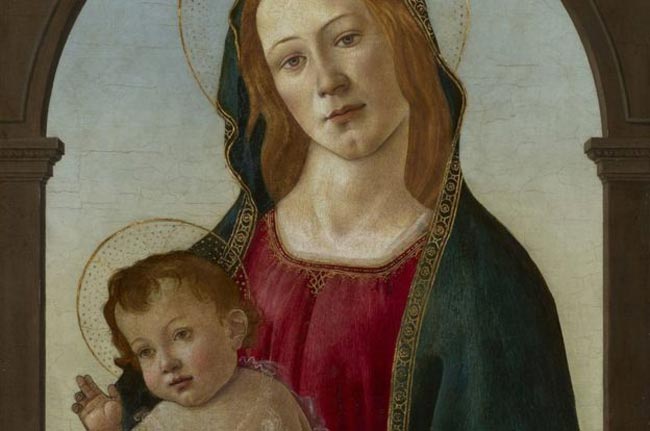 A painting dismissed as a copy has been confirmed as a Botticelli masterpiece.

The 400-year-old painting made its way from the studio of the Florentine master to the collection of philanthropist Gwendoline Davies.

Portraying an image of the Madonna, the work in the National Museum Wales collection was dismissed as a crude copy of the Italian artist’s style.

But experts working with BBC Four programme Britain’s Lost Masterpieces have found it to be an original work.

Bendor Grosvenor, co-presenter of the show, said: “When I first saw this painting in the museum store, I was struck by the extraordinary beauty of the Madonna’s face.

“Despite all the over-paint, parts of it reminded me of Botticelli’s most famous painting, the Birth Of Venus.

“I’m now convinced that Botticelli played an important part in its production, and am delighted it has once more gone on public display.”

The painting was bequeathed by Davies to the National Museum Cardiff, but its origins were doubted despite her belief it was a genuine Botticelli.

Expert analysis revealed marks unique to his studio, as well as a small doodle believed to be made by the artist himself.

Now proven to be the work of the Florentine, the painting will be displayed in Cardiff.

Adam Webster, of the National Museum, said: “The results are striking and demonstrate the crucial role that conservation plays in the proper understanding of our heritage.

“We are delighted with and grateful for the results.

“The painting now sits beautifully in our galleries and I hope fans of the series will come and enjoy this masterpiece.”