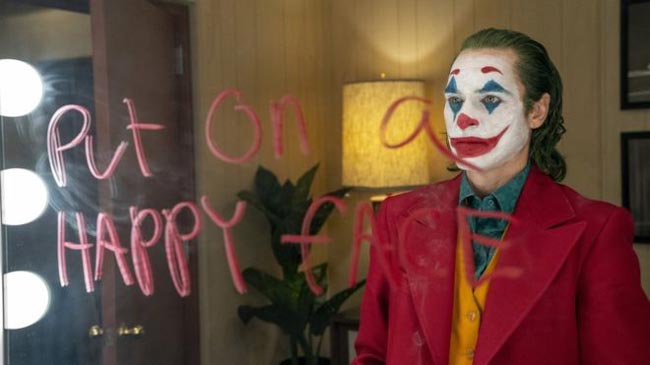 Comic book film Joker passed the $1bn (£772m) mark in global ticket sales this weekend, becoming the first R-rated movie to do so.

A US R rating requires everyone under the age of 17 watching the film in a cinema to be accompanied by an adult.

The latest Charlie’s Angels movie could only manage to open in the third spot.

Joker became the most profitable comic book movie of all time earlier this month.

It has now reached $1bn despite not being released in China, where overseas releases with too much sex or violence can be blocked.

Gitesh Pandya, founder and editor of Box Office Guru, described it as a “jaw-dropping achievement”.

Director Todd Phillips made the movie on a budget of $62.5m (£49m), a fraction of the budget of many comic book adaptations.

The film divided critics but is tipped for Oscar nominations, and has also stirred up controversy for its portrayals of mental illness and violence.