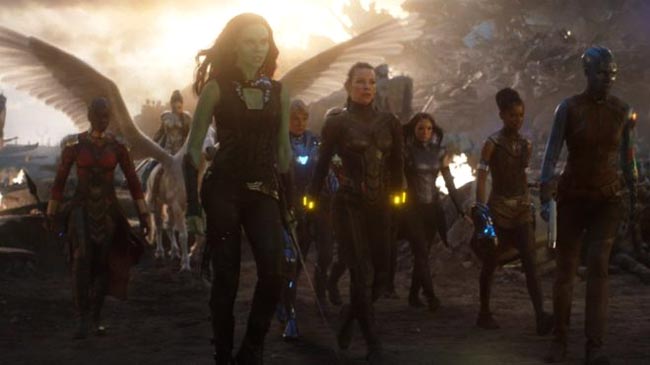 Marvel to get first transgender superhero

The Marvel Cinematic Universe is set to get its first transgender superhero.

“And very soon. In a movie that we’re shooting right now,” Marvel Studios boss Kevin Fiege said during a Q&A at the New York Film Academy.

Asked by a fan whether there were any plans for more LGBT characters in Marvel’s films, “specifically the T, trans characters”, Kevin said: “Yes, absolutely. Yes.”

There have been reports since 2019 that Phase 4 of the MCU - the films following the Avengers Infinity saga - would star a trans character.

Marvel has also said it will introduce its first deaf superhero in The Eternals and its first Asian-American superhero, in Shang-Chi and the Legend of the Ten Rings.

“You look at the success of Captain Marvel and Black Panther. We want the movies to reflect the audience and we want every member of our global audience to see themselves reflected on the screen,” Kevin Feige previously said.

In July last year, Geeks WorldWide suggested that Marvel was seeking a trans woman for a project being filmed in 2020.

They pointed out that the only existing trans superhero in Marvel Comics is the recently introduced Sera - from a group of all-male angels called the Anchorites - who transitioned to a female identity.

She exists very much in Thor’s world - being kept inside a temple in the realm of Heaven before meeting Thor’s long-lost half-sister Angela, going on a bunch of adventures and eventually becoming her romantic interest.

The next Thor film, Love and Thunder, is scheduled to come out in 2021.

Tessa Thompson’s character Valkyrie - who was made the King of New Asgard by Thor in the last Avengers film - revealed what the “first order of business” would be for her in the film.

“As the new king, she needs to find her queen,” she said.

In the comics, Valkyrie identifies as bisexual.

Before that film comes out The Eternals - about an ancient race of super-powered beings who gained powers from alien experiments - is being released in November.

“He’s married, he’s got a family, and that is just part of who he is,” he said last year.