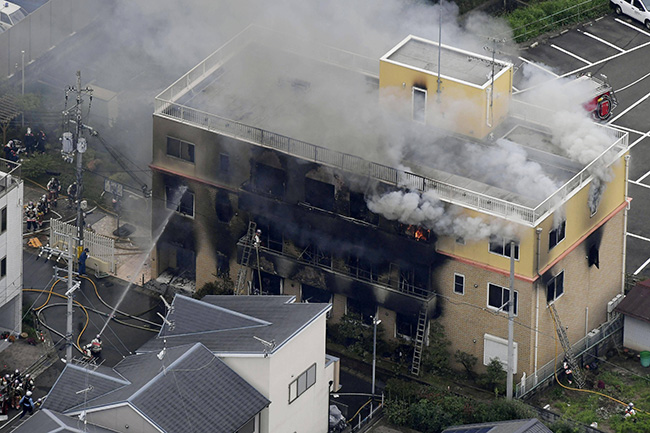 Japan police have arrested the suspect in the deadly arson attack on the Kyoto Animation studio in July of last year.

The attack garnered international headlines as the studio has anime fans around the world.

Aoba Shinji was arrested at a hospital where he had been receiving treatment for burns to his entire body.

The 42-year-old man is suspected of setting gasoline alight in the Kyoto studio on July 18.

The attack left 36 people dead and 33 injured. All the victims were employees of Kyoto Animation.

Police say Aoba has admitted the allegation is true. Investigators suspect the attack was carefully planned.

Aoba traveled from his home in Saitama, near Tokyo, three days before the attack.

He was caught near the scene after setting fire to the studio. He shouted that his novel had been stolen.

Police have since learned that Aoba sent at least two novels as part of a contest to Kyoto Animation.

But the company said his works did not pass the screening.

Aoba himself was seriously injured. It appears Aoba is unable to walk and was carried on a stretcher from the hospital to the police station.

Police say that along with treatment taking more time than expected, the coronavirus also postponed his arrest.

They had prepared to accept Aoba by reforming a police facility to accommodate his medical restrictions, but the nationwide spread of the virus meant they had to wait.

Kyoto Animation issued a statement on the arrest. It said there is nothing more to say, because the victims will never return nor will their injuries heal regardless of excuses or regrets from the suspect.