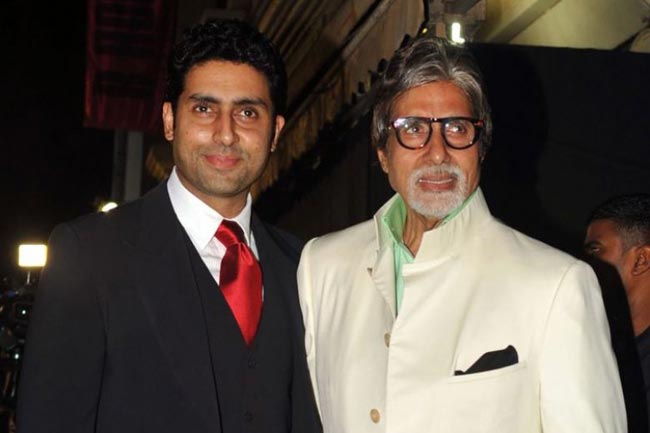 Veteran actor Amitabh Bachchan and son Abhishek Bachchan on Saturday said they have tested positive for coronavirus and have been taken to a hospital. The 77-year-old is asymptomatic and stable, Maharashtra Health Minister Rajesh Tope told NDTV.

“I have tested CoviD positive ..  shifted to Hospital  .. hospital informing authorities .. family and staff undergone tests, results awaited .. All that have been in close proximity to me in the last 10 days are requested to please get themselves tested !t,” Amitabh Bachchan tweeted.

“Earlier today both my father and I tested positive for COVID 19. Both of us having mild symptoms have been admitted to the hospital. We have informed all the required authorities and our family and staff are all being tested. I request all to stay calm and not panic. Thank you.”

Amitabh Bachchan lives in Mumbai, which has been one of the worst-hit cities by the deadly respiratory disease in India, recording 91,745 cases and 5,244 deaths so far, second only to Delhi.

The legendary actor is at the Respiratory Isolation Unit at the Nanavati Hospital in Mumbai. Doctors told NDTV he is responding well to treatment.

Affectionately known as “Big B”, Mr Bachchan shot to stardom in the early 1970s on the back of roles in huge hit movies such as Zanjeer and Sholay.

His films still open to packed cinemas across India, but his new movie -- comedy-drama Gulabo Sitabo -- was released on Amazon’s streaming service due to the coronavirus restrictions.

Bollywood recently resumed film shoots after a months-long hiatus following the imposition of a nationwide lockdown in India in late March.

But actors over the age of 65, such as Mr Bachchan, are banned from set due to their vulnerability to the virus.

Mr Bachchan’s announcement prompted a wave of wishes from people wishing him a quick recovery.

“We’re all cheering for you. And you have nothing to worry about. There’s a vaccine you possess—it’s code-named the Big V—and it’s inbuilt & organic. Grows inside all those like you who are natural fighters,” industrialist Anand Mahindra wrote.

Crores of people revere Mr Bachchan like royalty, hanging on his every word, seeking his blessings and congregating outside his Mumbai bungalow every year on October 11, his birthday.

The doyen of Bollywood is a keen user of Twitter, where he has 4.3 crore followers, and his career has branched into television presenting, business and politics, as well as countless commercial endorsements.

Early in his acting life, Mr Bachchan earned his reputation as India’s “angry young man” for portraying violent heroes fighting an unjust system and injecting a new aggressive element into Bollywood movies, which had previously consisted of polite romances.

After some lean years, Mr Bachchan bounced back spectacularly, largely due to his stint as host for the popular TV game show “Kaun Banega Crorepati?”, which revived his artistic and financial fortunes.