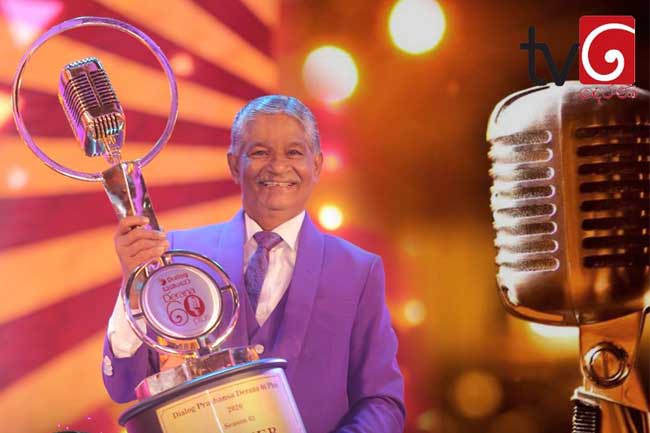 W. I. Nuwan Perera from Eheliyagoda became the winner of the Grand Finale of Dialog Prashansa Derana 60 Plus Season 3 held last night (16).

The third season of Dialog Prashansa Derana 60 Plus, a reality program for Sri Lankan senior citizens with a singing talent, came to a conclusion as the finals of the show commenced at 7.30 pm last night in Colombo.

Three senior talents had qualified to compete for the grand prize last night.

Accordingly, Miltom Malwiarachchi became the runner up while G. B. Somaratne placed third at the finals.

The award for the Most Popular Star was taken home by Hemasiri Hettiarachchi.

The Grand Finale was held in accordance with the quarantine guidelines issued by the government.