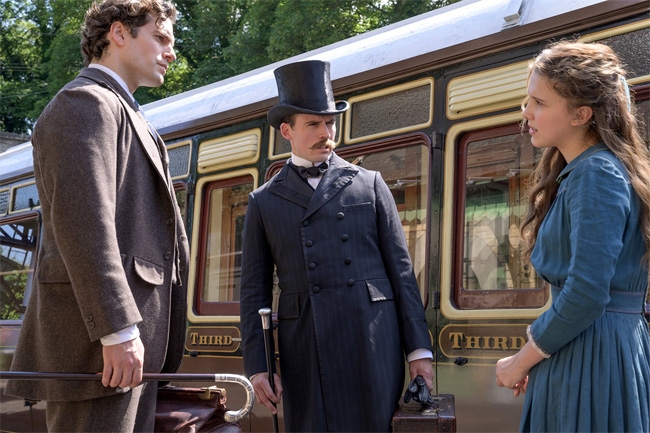 Sherlock Holmes is one of the most popular characters in pop culture, inspiring acres of adaptations and spin offs about the detective’s crime solving adventures.

The latest Holmes story focuses on Enola Holmes - the little sister of Sherlock and Mycroft, based on the stories by Nancy Springer.

This is everything you need to know about the upcoming film adaption coming to Netflix.

Enola Holmes is set in England, 1884. On the morning of her 16th birthday, Enola discovers that her mother has disappeared, leaving behind a strange collection of gifts, but no clues as to where she has gone, or why.

Enola suddenly finds herself in the care of her brothers, Sherlock and Mycroft, who are both set on sending her away to a finishing school for “proper” young ladies. This, however, does not fit with Enola’s plans. Instead, she escapes to London in search of her mother. The search leads Enola to a mystery, which involves a strange young runaway Lord.

Following in her older brother’s footsteps, Enola becomes a super-sleuth in her own right, unravelling a mystery that threatens to set back the course of history.

The team behind the Enola Holmes adaptation hope to bring a “fresh approach” to the detective series.

Speaking to Total Film, director Harry Bradbeer said, “There was the fact that there was a sister that people probably hadn’t considered existed.

“That automatically brings the whole feminist stance and a feminist angle on the Holmes story, which is particularly interesting to me, as Holmes was thought of as being someone who was a little bit of a misogynist.”

Who is in the cast?

The latest addition to the Holmes filmography boasts a number of big names. The cast includes:

Also included in the line up are names like Fiona Shaw (Killing Eve), Adeel Akhtar (Four Lions), Frances de la Tour (Into the Woods), Louis Partridge (Paddington 2), Susan Wokoma (Crazyhead) and Burn Gorman (Pacific Rim), but their roles in the story are yet to be announced.

Harry Bradbeer takes the helm as the director of the film, having directed previous works such as episodes of Fleabag, Killing Eve and Dickensian.

Jack Thorne wrote the screenplay. His previous writing works include episodes of The Eddy, His Dark Materials and The Accident.

On Monday 17 August, the official Netflix Twitter account released a cryptic trailer for the film, along with a strange caption which says, “alone loshme reeebtpms wnettyrhitd” with emojis of a detective and a magnifying glass.

Eagle eyed fans quickly figured out that the message revealed the release date of the film, as each word was an anagram that, when unscrambled, read, “Enola Holmes September Twentythird.”

In the 20 second clip included in the tweet, we can see the cast of the film suitably kitted out in 19th century attire as they all take turns saying the name “Enola”.

The character’s mind is described as “sharp as a tack” before we see Mille Bobby Brown’s Enola turn to the camera and say “T’is I”, and smile.

The Conan Doyle Estate has taken action against Netflix for the film, claiming copyright infringement and trademark violations.

The complaint was filed in June, earlier this year, and targeted Netflix, Legendary Pictures, Penguin Random House and others, including author Nancy Springer, whose book series serves as the basis for the movie.

The Doyle Estate famously lost most of its rights to the character in 2014, after it was ruled that all the stories written about the famous fictional detective before 1923 were in the public domain. However, the ruling didn’t affect the Estate’s hold on the last 10 original stories.

In the lawsuit, the Doyle Estate alleges that the difference between the stories in the public domain and the ones that are copyrighted is Sherlock Holmes possessing emotions.

The complaint states, “After the stories that are now in the public domain, and before the copyrighted stories, the Great War happened.

“In World War I, Conan Doyle lost his eldest son, Arthur Alleyne Kingsley. Four months later he lost his brother, Brigadier-general Innes Doyle. When Conan Doyle came back to Holmes in the Copyrighted Stories between 1923 and 1927, it was no longer enough that the Holmes character was the most brilliant rational and analytical mind.

“Holmes needed to be human. The character needed to develop human connection and empathy.”

The portrayal of Holmes possessing emotion and humanity in Enola Holmes provides the basis for the lawsuit. The lawsuit is yet to be settled, but it appears that Netflix is going ahead with the release regardless. 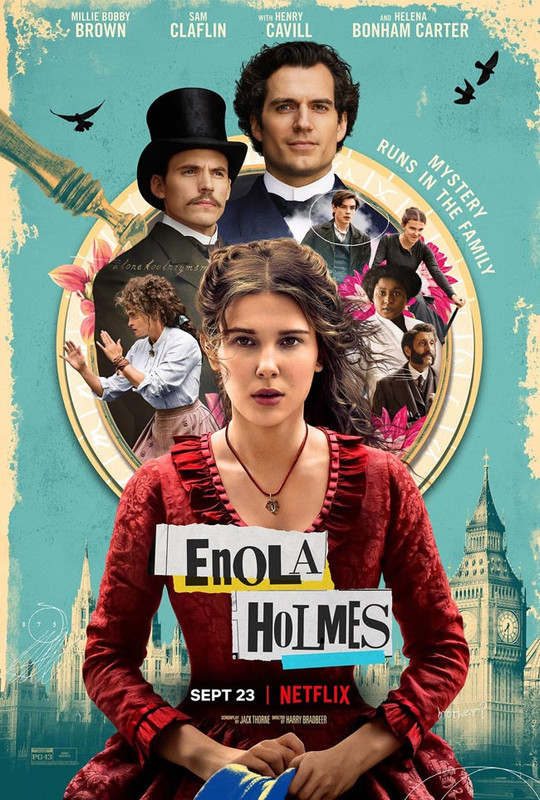