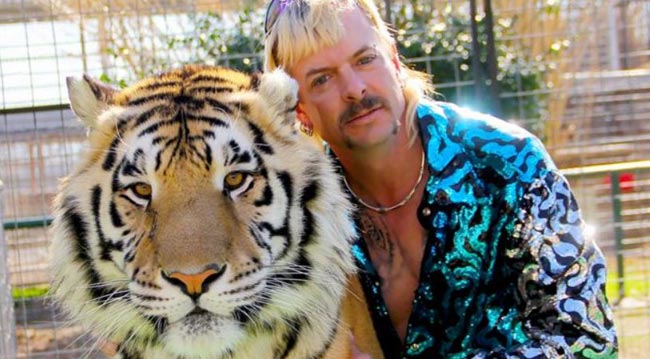 The exotic cat zoo made famous by the Netflix series Tiger King is closing for good.

It comes after a federal judge ordered the zoo be handed over to Carole Baskin as part of a ruling in a $1m (£800,000) trademark dispute.

That meant the current operators had to be out in 120 days.

Jeff Lowe is the former business partner of Joe Exotic, who is currently serving a 22-year sentence for his involvement in a murder-for-hire plot and animal abuse.

“The Tiger King phenomenon has definitely changed our lives in many ways,” he said in his post.

“It has brought us more attention than any human deserves, good and bad.

“It has, and probably will continue to make us a target of every nutjob and animal rights loon in the world, but we are prepared.”

Jeff Lowe added that he has voluntarily forfeited his United States Department of Agriculture (USDA) exhibitor’s license - which allowed him to buy and sell animals - due to the park’s permanent closure.

He said that after “five consecutive perfect inspections”, the USDA have now “folded to the pressures of Peta and continue to make false accusations against me”.

“Suspiciously, less than 24 hours after I contacted the USDA to voluntarily forfeit my license, they notify me that they are suspending my license for 21 days for a litany of falsehoods.”

Brittany Peet, who works on the captive animal team at Peta, called for Jeff Lowe’s license to be permanently removed.

“Peta looks forward to seeing every one of the long-suffering animals at the G.W. Zoo be transferred to an appropriate facility where it won’t take federal intervention for a sick cat to receive veterinary care,” she said in a statement.

Tiger King, which became a huge hit on Netflix right at the start of lockdown, tells of Joe Exotic’s colourful life and his rivalry with Carole Baskin, the owner of an animal sanctuary in Florida.

“It has also provided us with an unfathomable source of income,” said Jeff.

The streaming service has reportedly secured the rights to a second season - but the show’s popularity means there are already lots of spin-offs on the way, including Nicolas Cage starring as Joe Exotic in an eight-part series.

Jeff Lowe added that his “new park” will be a “private film set for Tiger King related television content for cable and streaming services”.

Carole Baskin herself hasn’t been far from the headlines since the series came out. Earlier this month it was revealed she is facing a lawsuit from the family of her ex-husband Don Lewis, who disappeared in 1997 and is presumed dead.

There are a number of theories over what happened to him, including suggestions Carole was responsible after receiving most of his £4.5m estate - something she has always strongly denied.

The series brought those theories to a wide audience, and immediately after its release Carole said the show had “no regard for the truth”.

She said it “has a segment devoted to suggesting, with lies and innuendos from people who are not credible, that I had a role in the disappearance of my husband Don 21 years ago.

“The series presents this without any regard for the truth or in most cases even giving me an opportunity before publication to rebut the absurd claims.

“They did not care about truth. The unsavoury lies are better for getting viewers.”