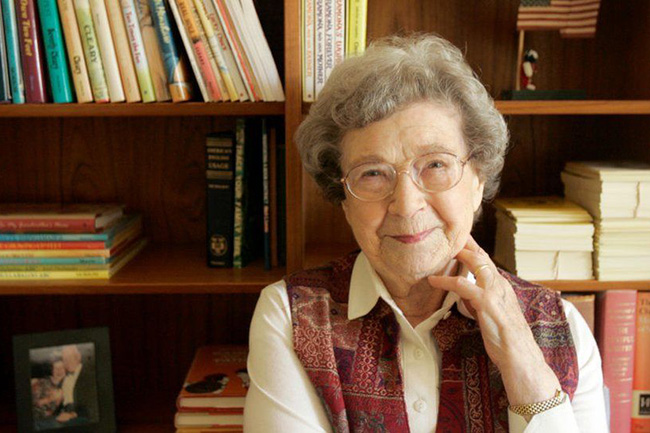 Beverly Cleary, the American children’s author who created the feisty characters of Ramona Quimby and Henry Huggins, has died at the age of 104.

Cleary died on Thursday at her home in Carmel, California, publisher HarperCollins said in a statement.

At a time when children’s literature told the stories of genteel English schoolchildren, she wrote about what she called ordinary, “grubby kids”.

Her books were set in Portland, Oregon, where Cleary grew up.

“Looking back, she’d often say ‘I’ve had a lucky life’, and generations of children count themselves lucky too,” Suzanne Murphy, president of children’s literature at HarperCollins, said. “Lucky to have the very real characters Beverly Cleary created... as true friends who helped shape their growing-up years.”

Despite wanting to be a writer since she was in sixth grade, Cleary began her career as a librarian.

It was there that she found the inspiration for Henry Huggins when a young boy asked her where he could find books about “kids like us”.

She wrote six books about Henry and his dog Ribsy - but it was Ramona Quimby, a precocious young girl who was originally a supporting character in the books, who evolved into a stand-out protagonist.

In 1995 Cleary was honoured with the Beverly Cleary Sculpture Garden for Children in Portland, which has statues of Ramona, Henry and Ribsy. A school in Portland is also named after Cleary.

She also went on to inspire generations of children’s authors, including the best-selling writer Judy Blume.

“We might not all have childhoods like that, but there’s still something so universal about it. I think kids will always love those books.”