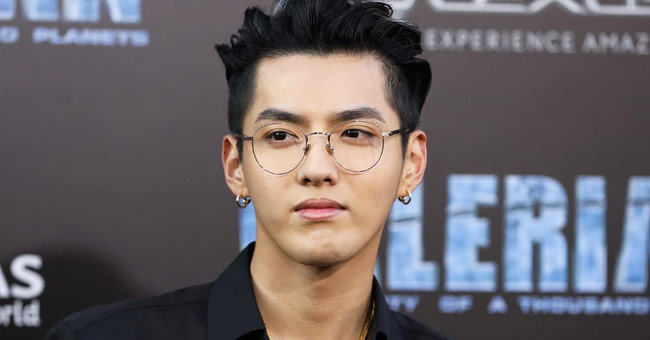 Chinese-Canadian pop star Kris Wu has been detained by Beijing police on suspicion of rape after allegedly “repeatedly seducing young women into having sex,” police said in a statement Saturday night.

The case against Wu, 30 -- whose Chinese name is Wu Yifan -- is still under investigation, police in the Chaoyang district of the Chinese capital said.

The allegations first emerged last month on Weibo, a Chinese social media platform, when a woman posting under the verified handle “Du Meizhu” alleged she was sexually assaulted when she was a student at the Communication University of China in Beijing. She said she was 17 at the time of the alleged assault.

The allegations gained further traction after she was interviewed by 163.com, a major news portal.

CNN has reached out to Wu’s representatives and is still awaiting a response.

Wu, who was born in southern China but is a Canadian citizen, denied the allegations on his personal Weibo account last month. His company announced it was pursuing legal action against his accuser, calling the accusations “malicious rumors.”

His once wildly popular social media accounts, including his Weibo page with more than 51 million followers, have been taken down following the police statement.

China’s top law enforcement agency, the ruling Communist Party’s Central Political and Legal Affairs Commission, commented on Wu’s detention on Saturday, posting on Weibo, “On Chinese land, it is necessary to abide by Chinese laws. We do not wrong; we do not indulge. We take facts as the basis and the law as the criterion.”

Wu rose to fame as a member of popular Korean-Chinese pop group EXO, then as a solo act after he left the band in 2014. He starred in multiple movies and modeled for brands like Burberry, soon becoming one of the country’s top brand ambassadors.

But many of his biggest brand partners were quick to distance themselves as the rape allegations spread.

French fashion house Louis Vuitton, which named Wu as brand ambassador in 2018, told CNN in July that the company was suspending its relationship with the artist until the claims are investigated.

“Louis Vuitton takes the recent accusations concerning Mr. Kris Wu very seriously and as such suspends its collaboration with the artist until the investigation is concluded,” it said in an emailed statement at the time.

Italian luxury brand Bulgari, Porsche China, and cosmetics brand Kans were among those that suspended or severed ties completely with Wu in July.

Though some on Chinese social media came to Wu’s defense after news of his detention, many expressed support for Du Meizhu -- as well as surprise that Wu was detained at all, highlighting the difficulties victims of sexual abuse often face in pursuing justice in China.

“I have to say thank you to Du Meizhu,” one Weibo user commented. “I’m really thankful to her for speaking out for women!”

The #MeToo movement that spread worldwide in 2017 and 2018 highlighted the systemic problems of sexual assault and lack of accountability for high-profile offenders. In numerous countries, women used the hashtag to share their own experiences with sexual misconduct or abuse, and to demand concrete change.

In China, activists say they have seen some signs of progress -- but also significant pushback and pressure to be silent. When the fledgling movement arrived in China in 2018, a large number of posts on social media discussing sexual misconduct and #MeToo were censored, and women who came forward said they still faced resistance at the official level.

In 2018, Peking University student Yue Xin received widespread attention after administrators attempted to shut down a petition by her and other students over an alleged rape case, sparking significant outrage.

One woman who made accusations against a prominent state television anchor said online that she was urged by police to withdraw her complaint because the man in question had an “enormous ‘positive influence’ on society.”

And while surveys suggest that sexual assault and harassment is prevalent in China, the number of actual prosecutions is small. Out of the country’s population of 1.4 billion people, only 43,000 were prosecuted for “crimes of violating women’s personal rights” from 2013 to 2017, according to the office of China’s top prosecutor. These crimes range from trafficking and forced prostitution to rape.