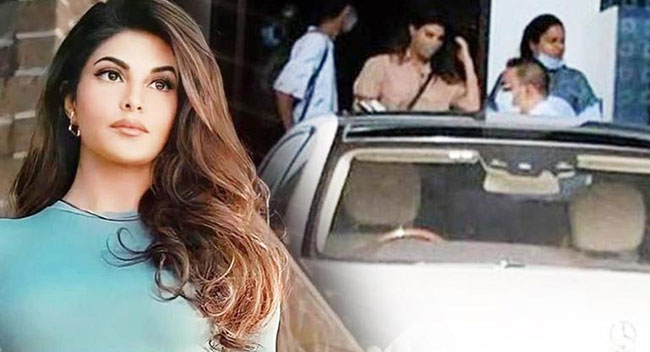 Bollywood actress Jacqueline Fernandez on Sunday was offloaded from a flight at the Mumbai Airport by immigration officials due to a LOC (Look Out Circular) issued by the Enforcement Directorate against her in connection with Rs 2 billion extortion case involving conman Sukesh Chandrashekar, said sources.

One report says the actress was supposed to fly to Muscat, while another says she was on her way to Delhi.

According to reports, she left the Mumbai airport from Terminal 2 through departure gate no 3 at 5.30pm.

It is learnt that the LOC was issued with directions that she should not be permitted to leave India.

The Enforcement Directorate is likely to file a charge sheet this week in the extortion case against Chandrashekar, who allegedly duped the wife of the former promoter of Ranbaxy, Shivinder Mohan Singh, sources in the agency told ANI on Thursday.

The Enforcement Directorate on Saturday filed a chargesheet under the Prevention of Money Laundering Act naming a few Bollywood actresses as witnesses, including Fernandez. The court had taken cognisance of the chargesheet soon after it was filed and had asked the agency to supply the charge sheet copy to all the accused.

It is possible that Fernandez might be called to join the investigation again.

The next date in the chargesheet matter is December 13.