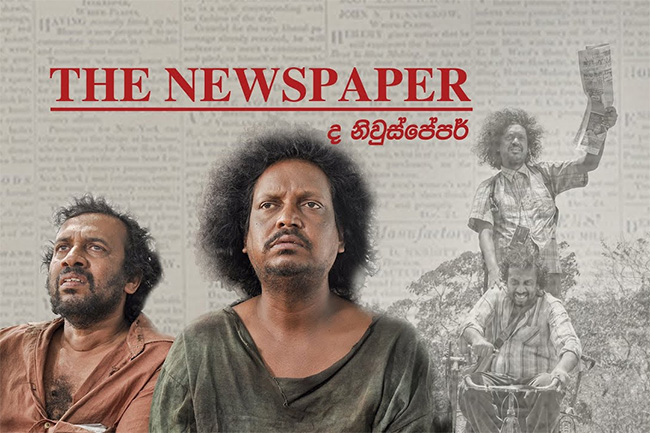 Sinhala drama thriller “The Newspaper” has bagged the award for the best movie in the Asian Cinema Competition at the 2022 Bengaluru International Film Festival (BIFFes).

The film festival is organized by the Karnataka Chalanachitra Academy for the Government of Karnataka. The 13th edition of BIFFes was held from the 03rd to 10th of March.

The event was postponed by a year compared to its previous editions, owing to the outbreak of the Covid-19 pandemic.

Like its previous editions, competitive sections for the Asian, Indian and Kannada Cinema were held with rewarding the winners with cash prize. Meanwhile, the films which were selected under the various competition sections in 2021, were also adjudicated in this edition of the festival separately, for the respective awards.

The movie is woven around a small poor family in a remote village at dry zone who faced a series of miseries due to a wrong news report published in the national media stating that their son is involved in a suicide bomb blast carried by the LTTE terrorists.