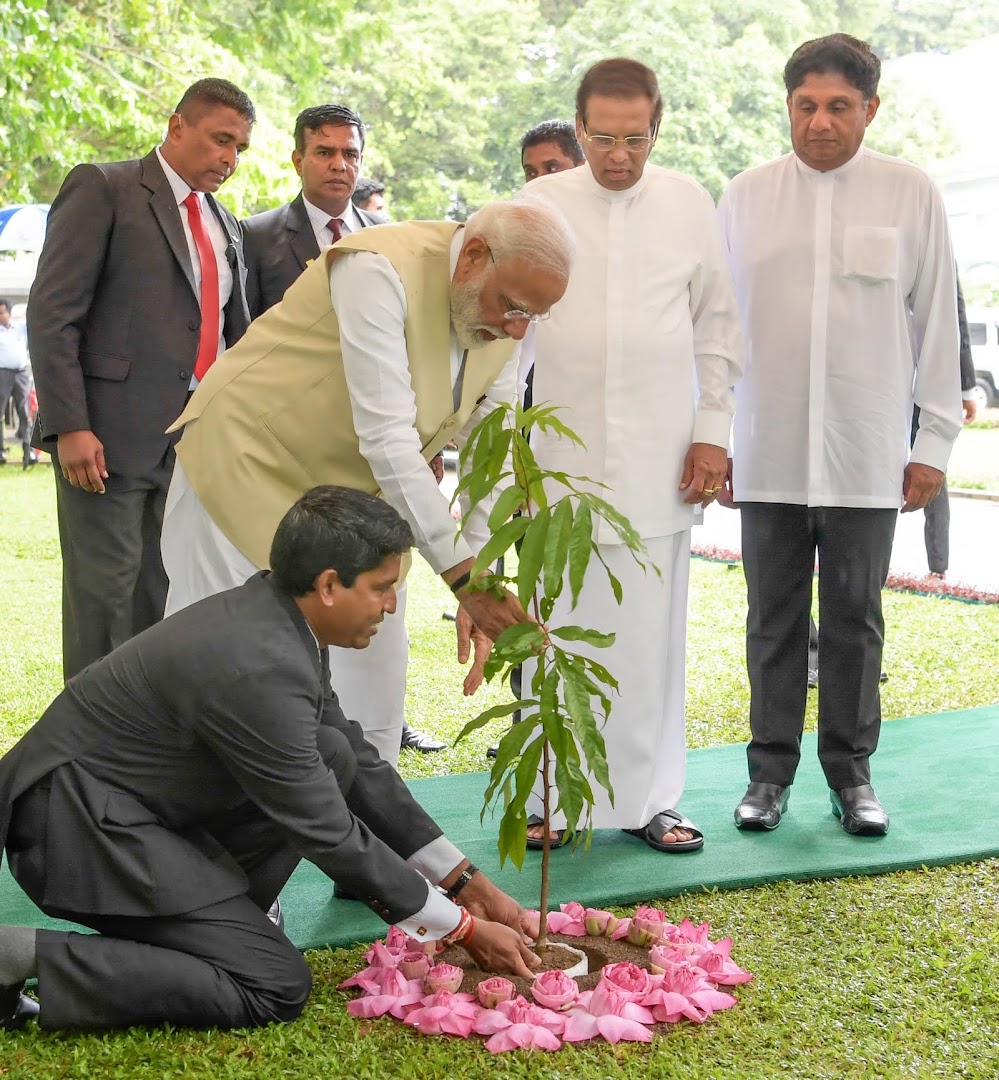 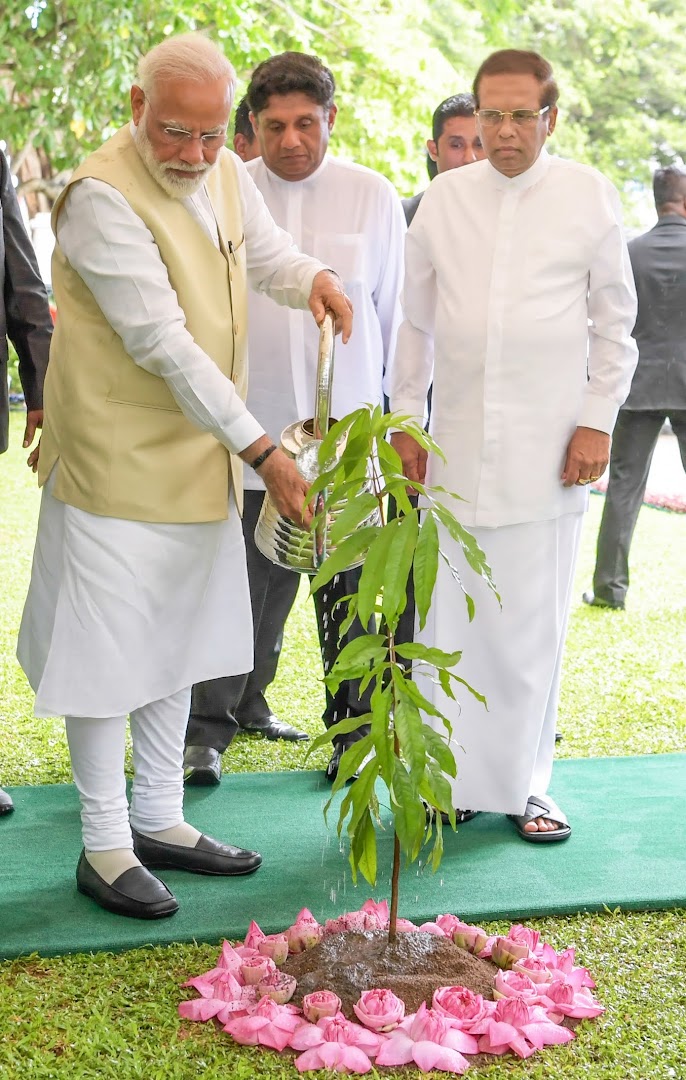 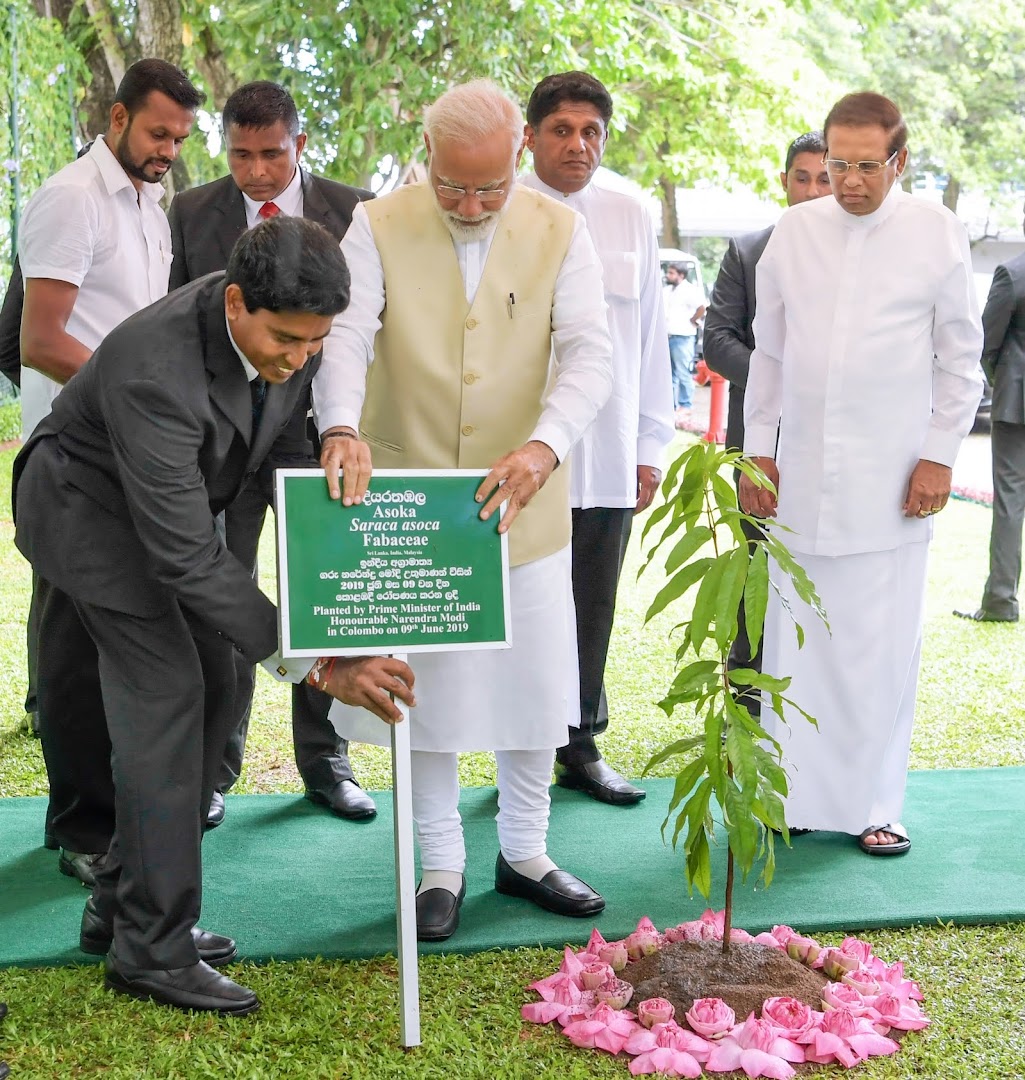 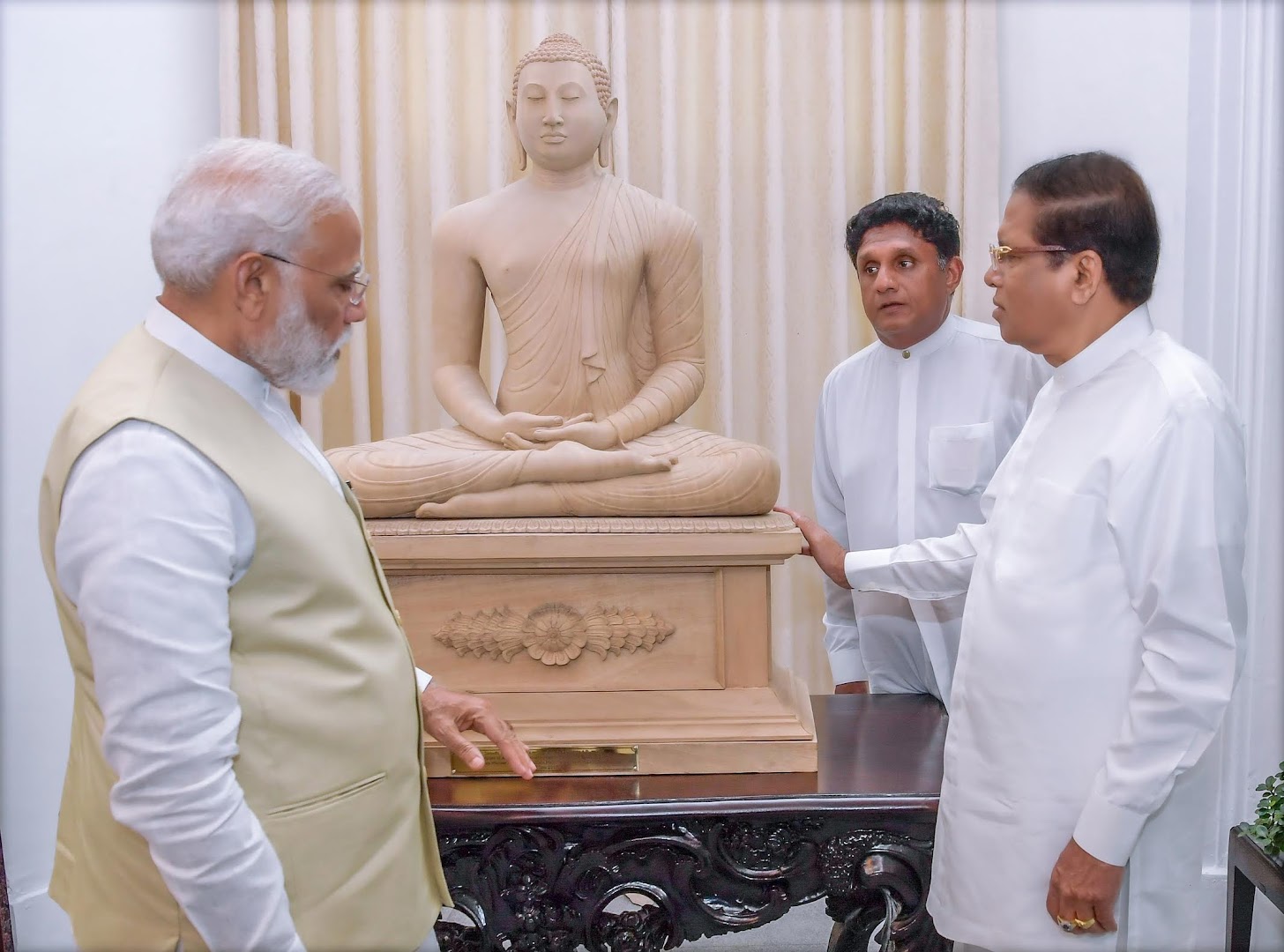 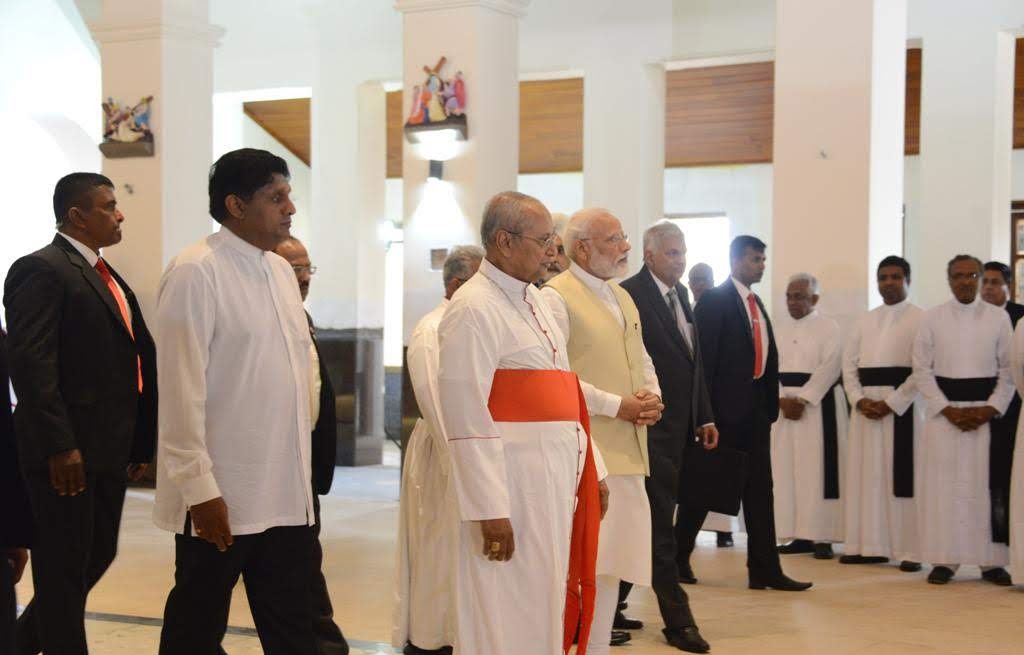 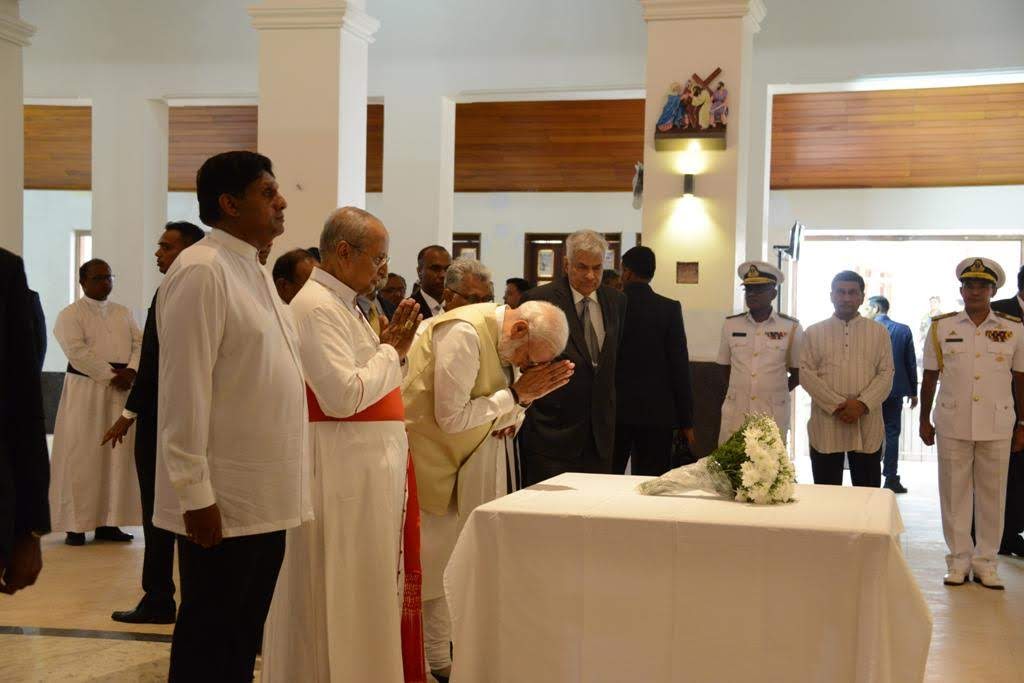 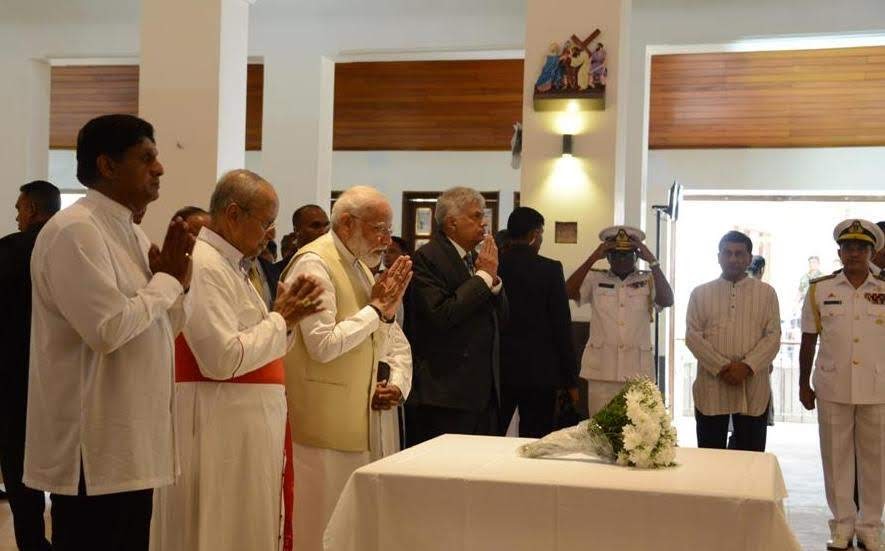 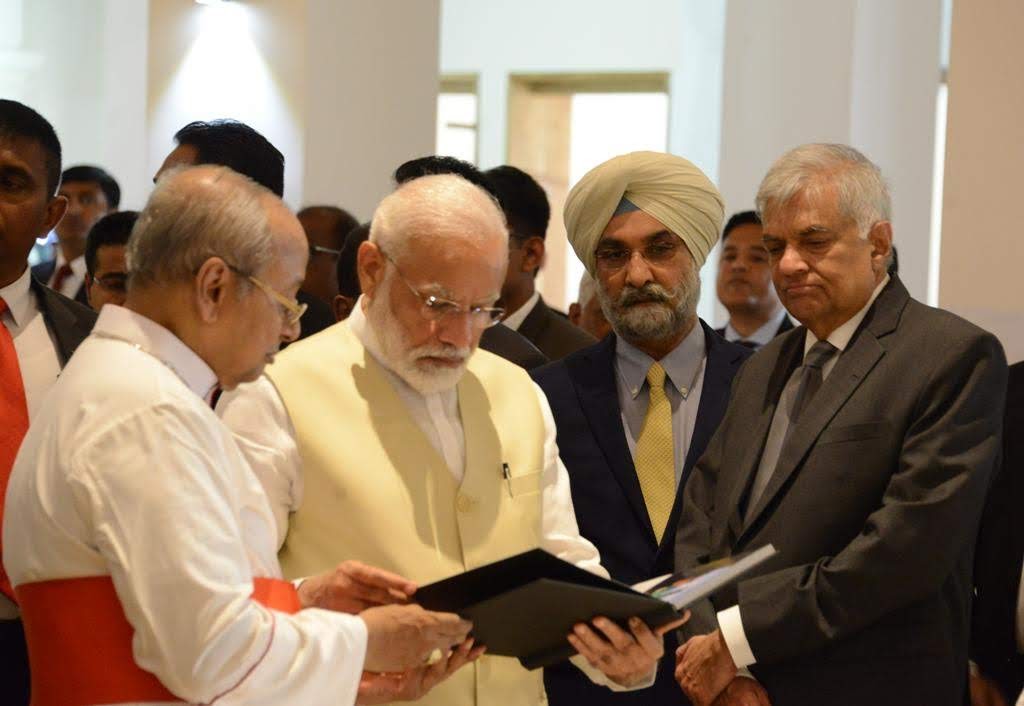 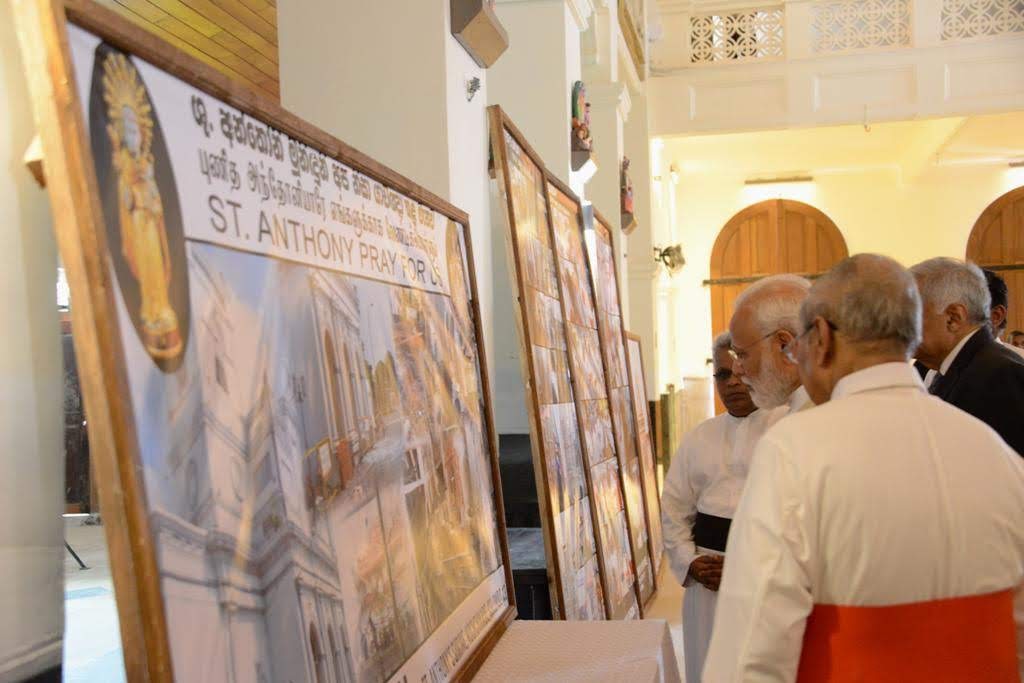 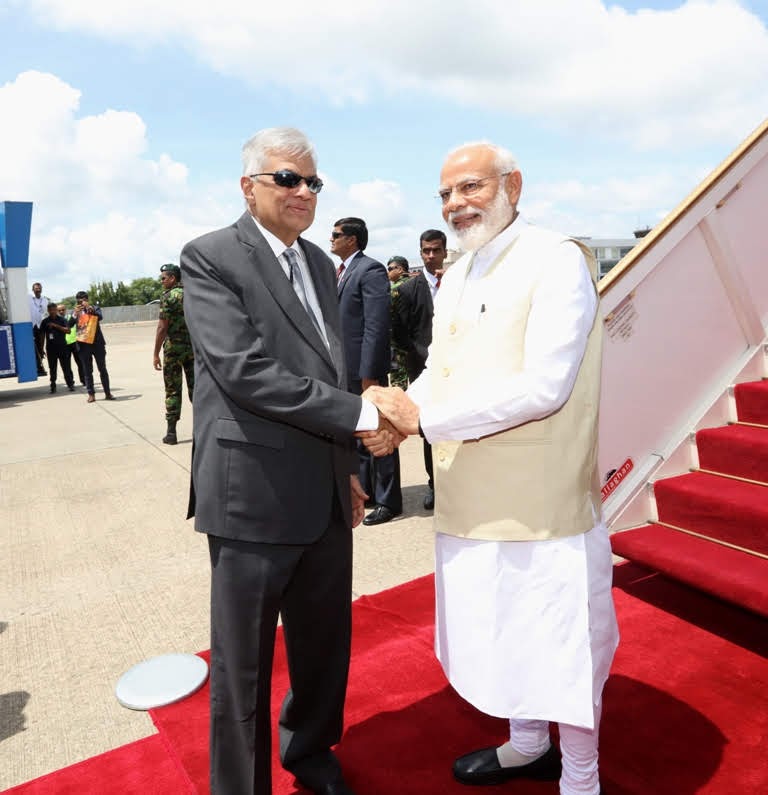 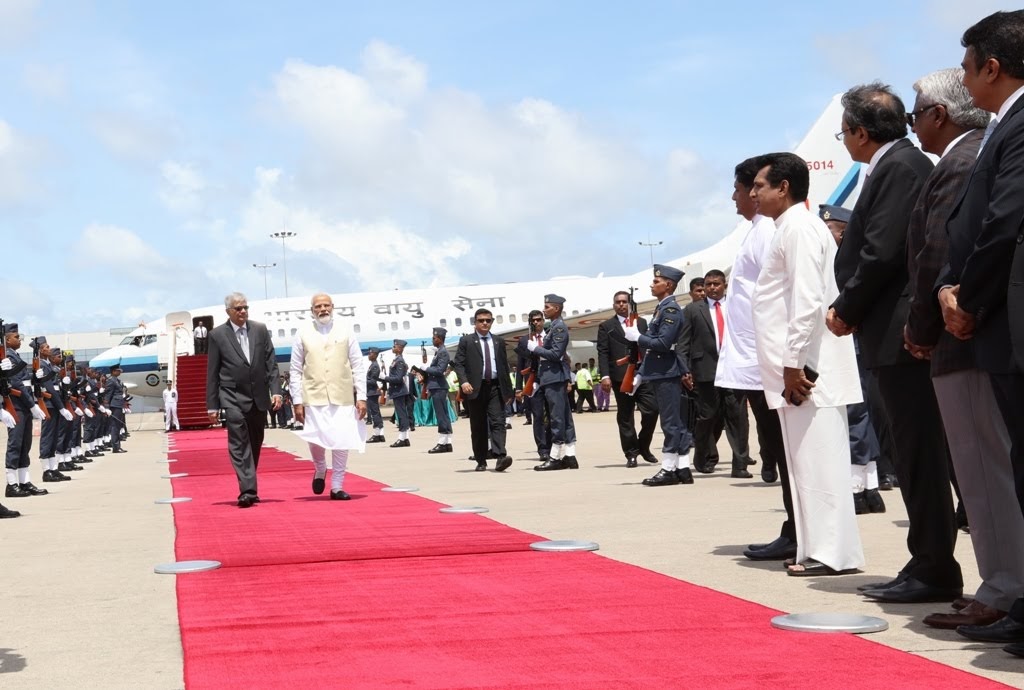 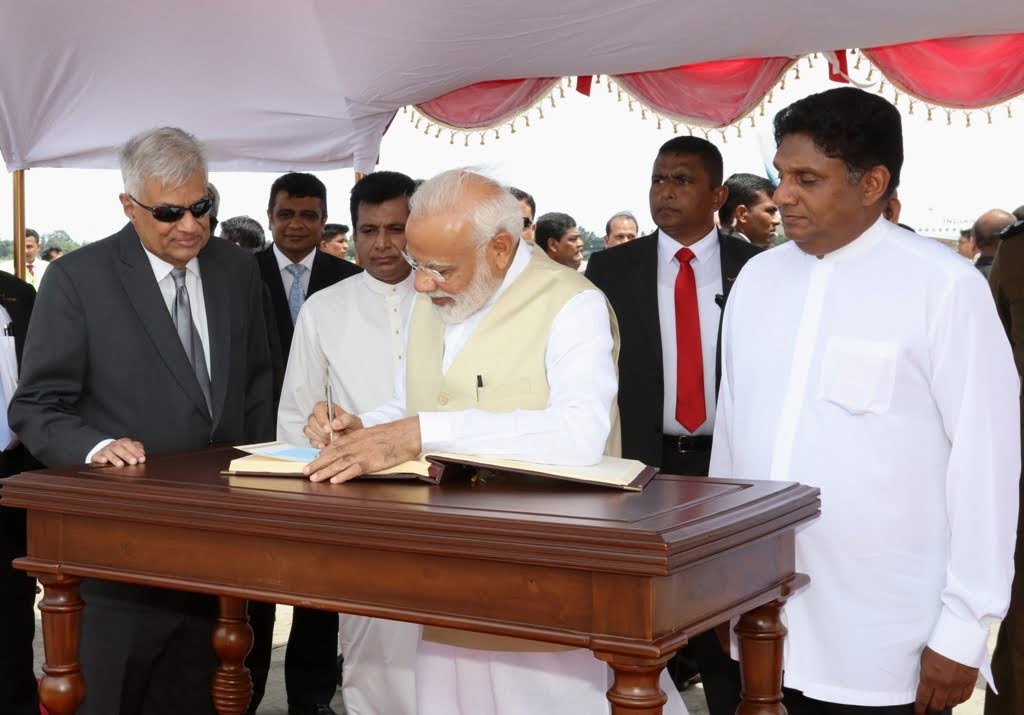 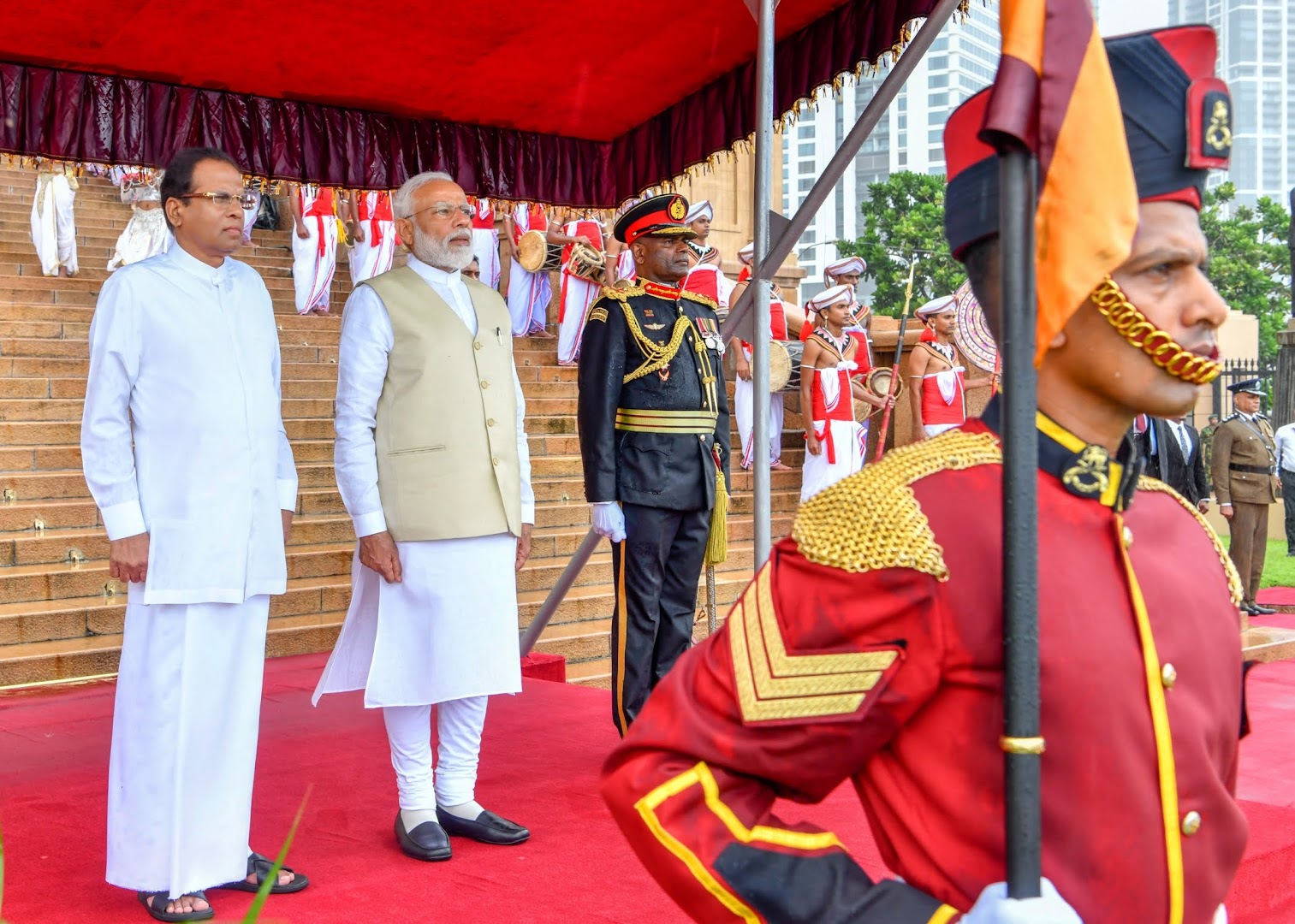 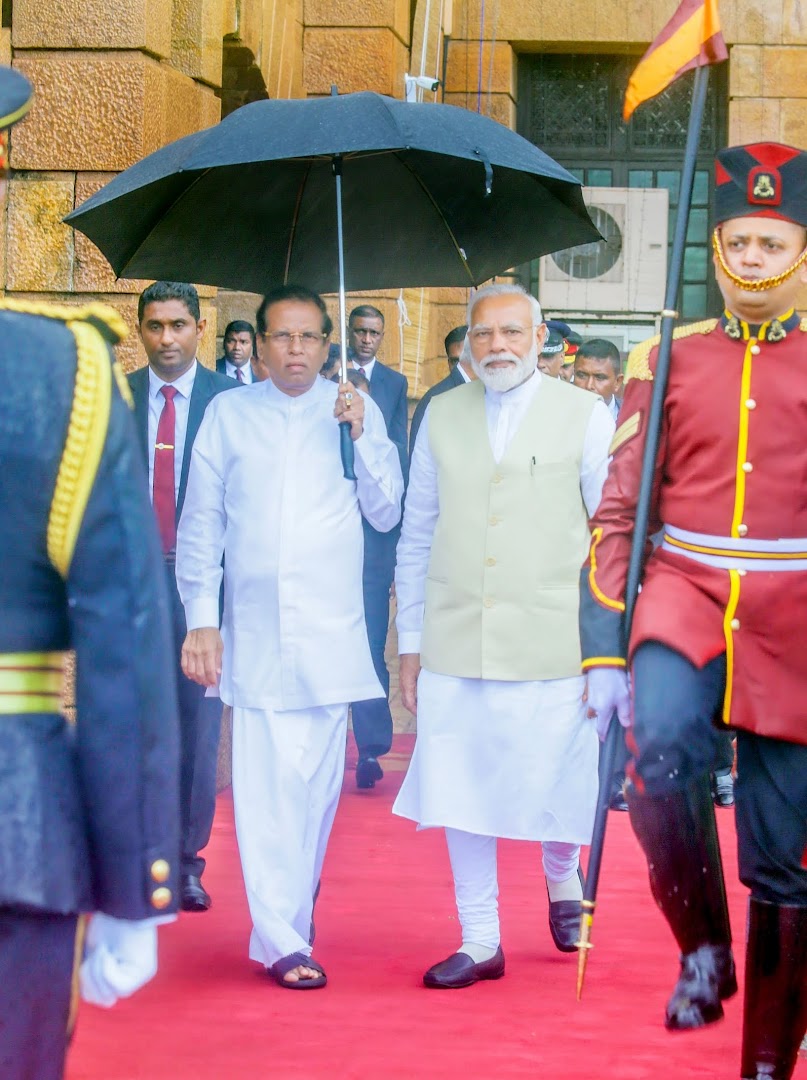 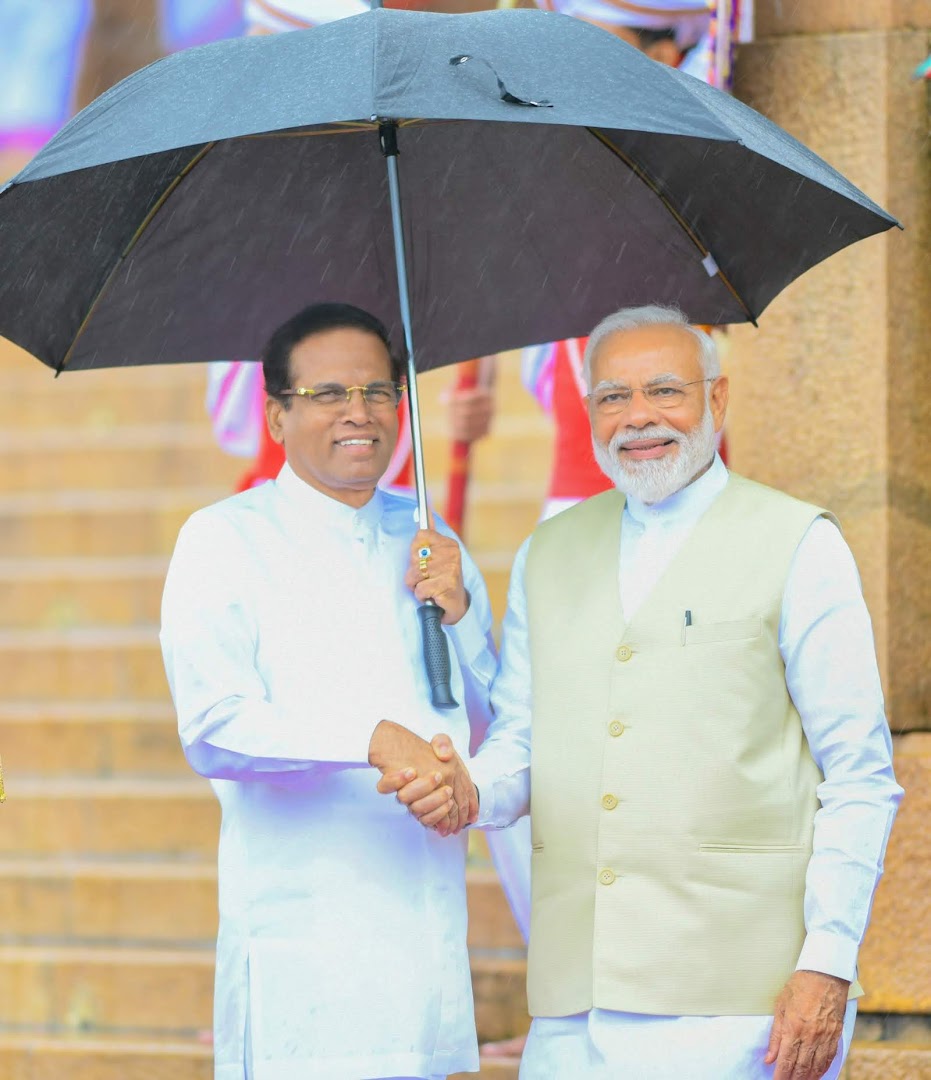 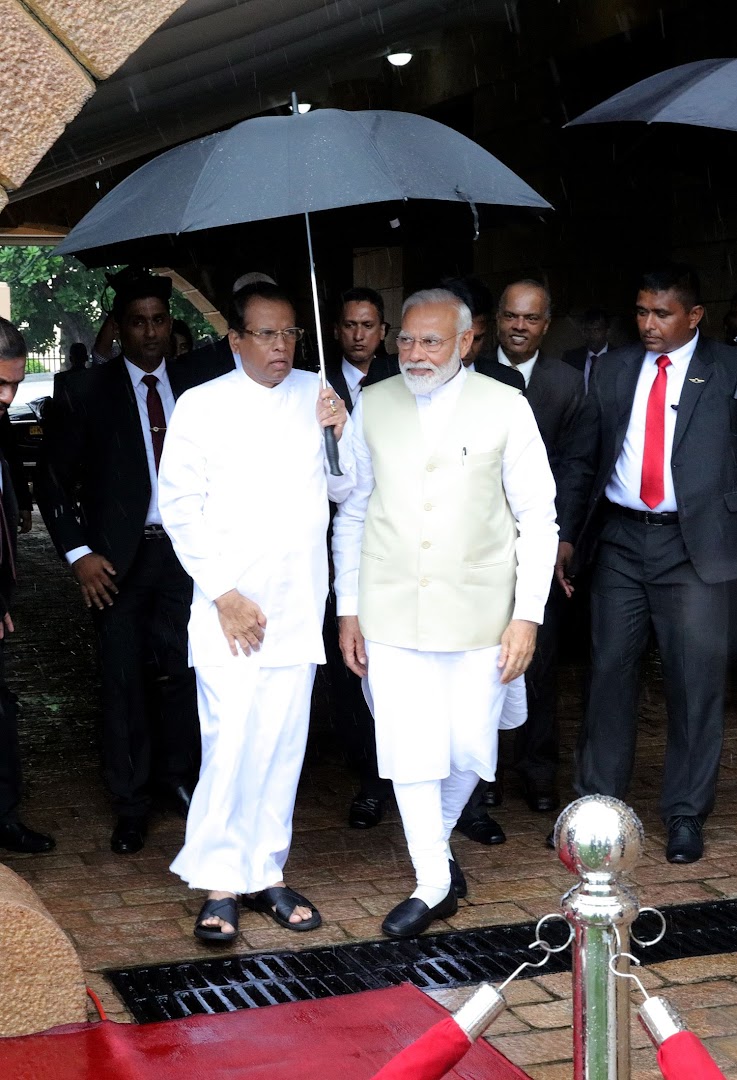 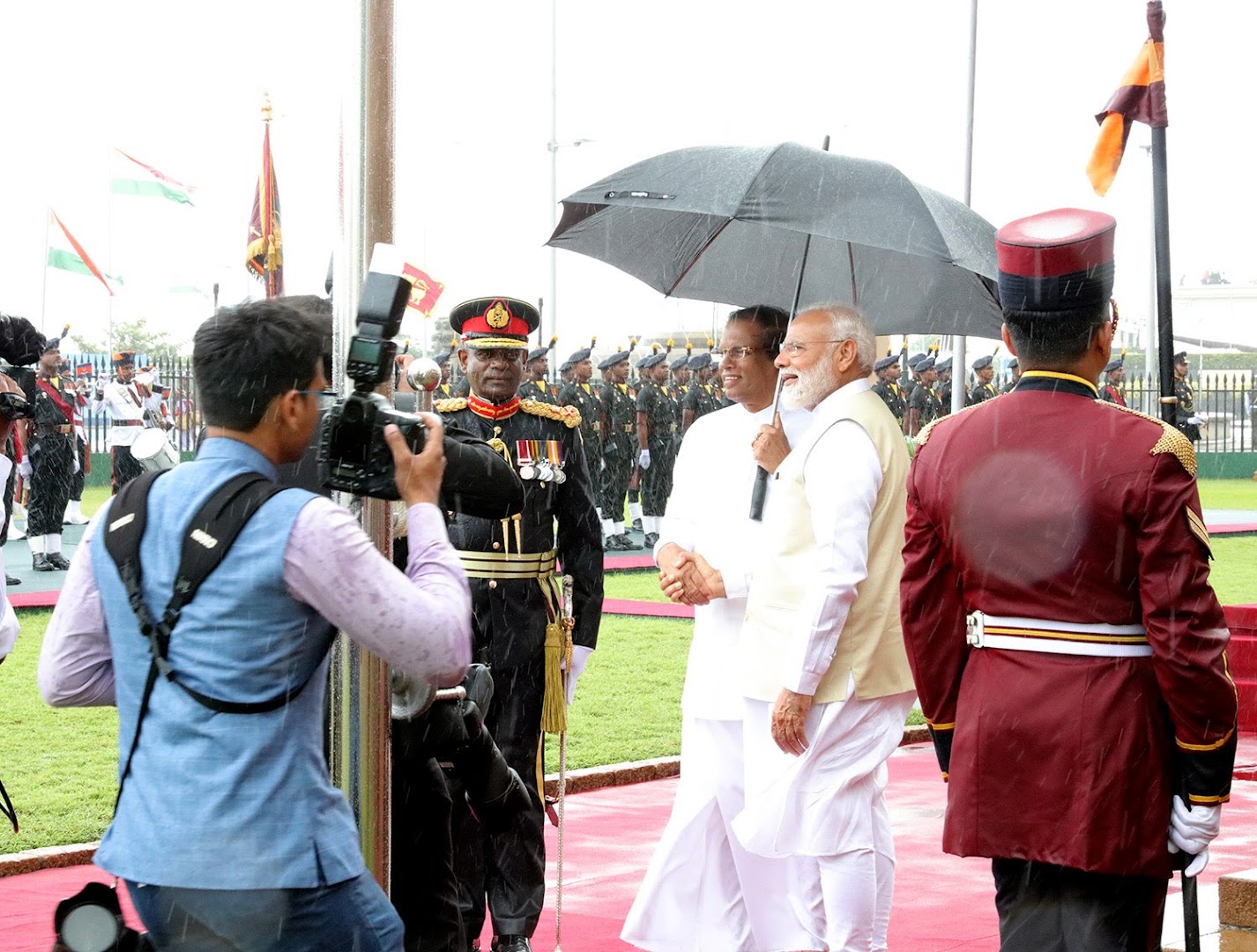 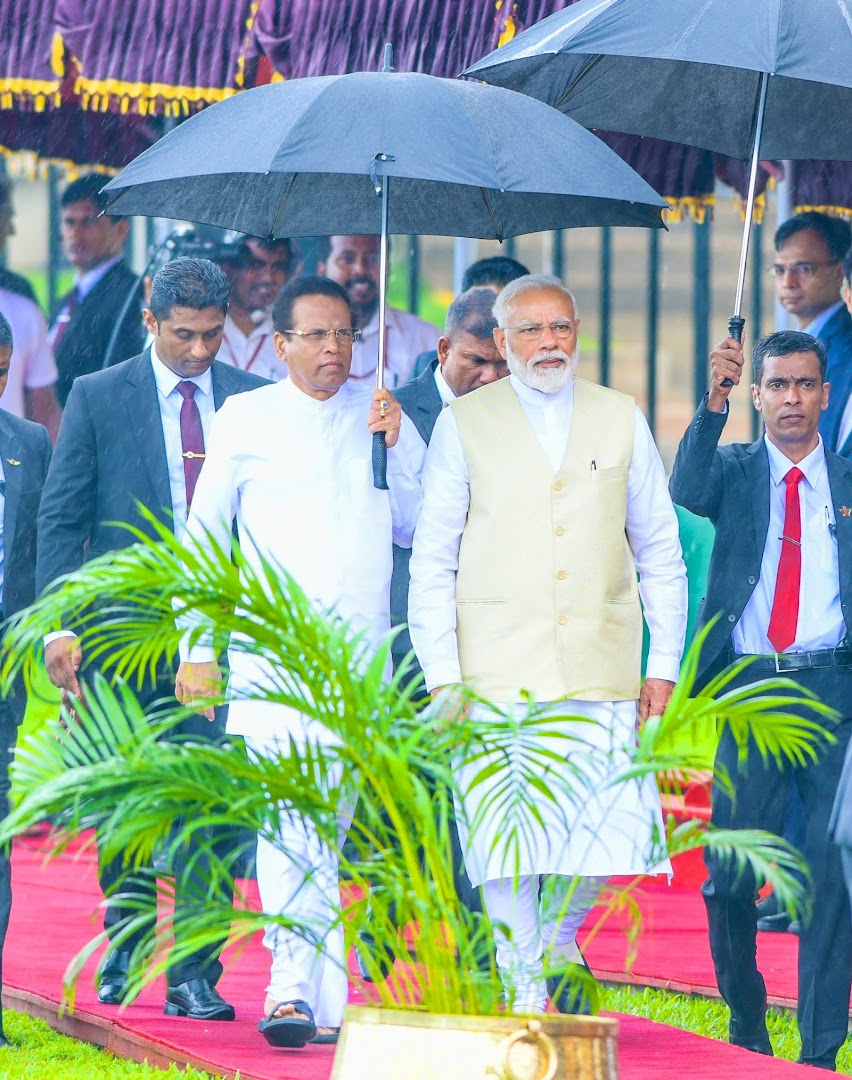 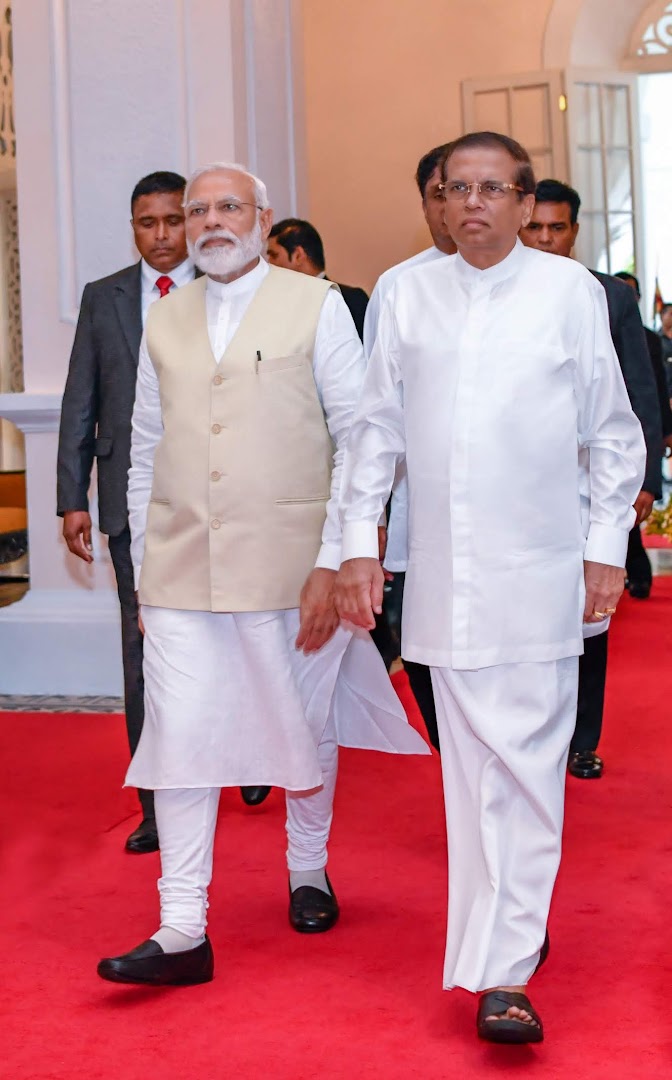 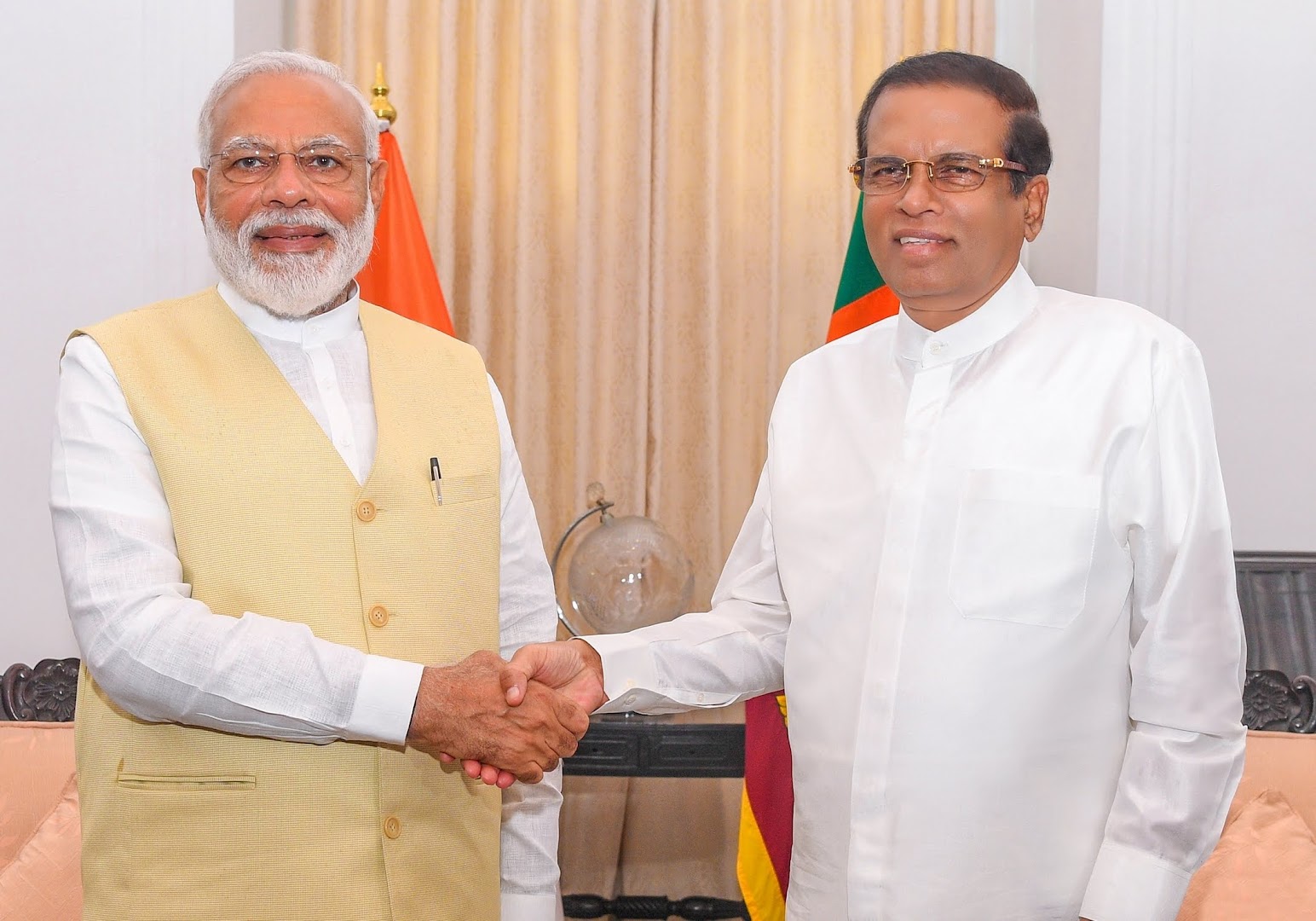 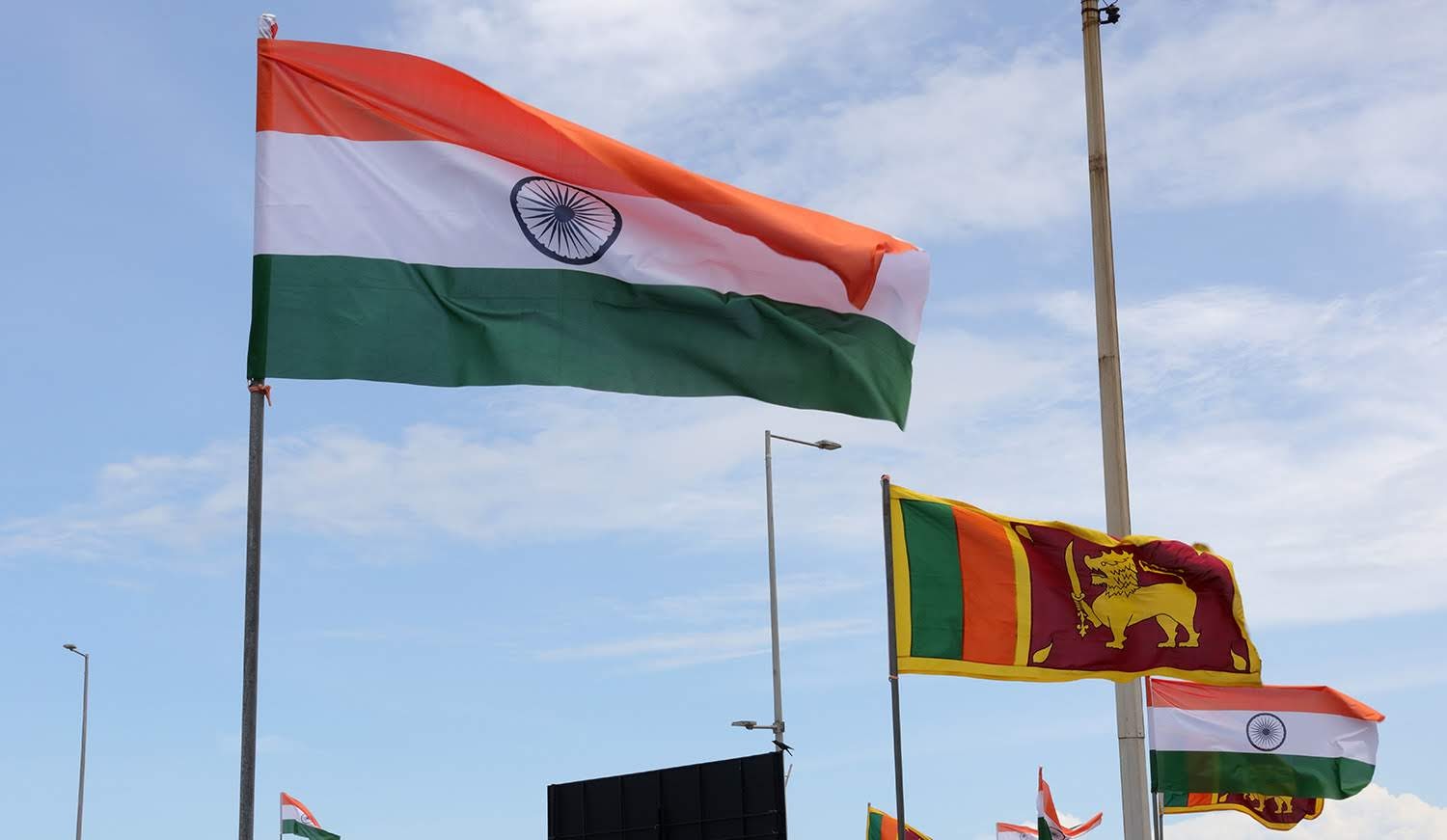 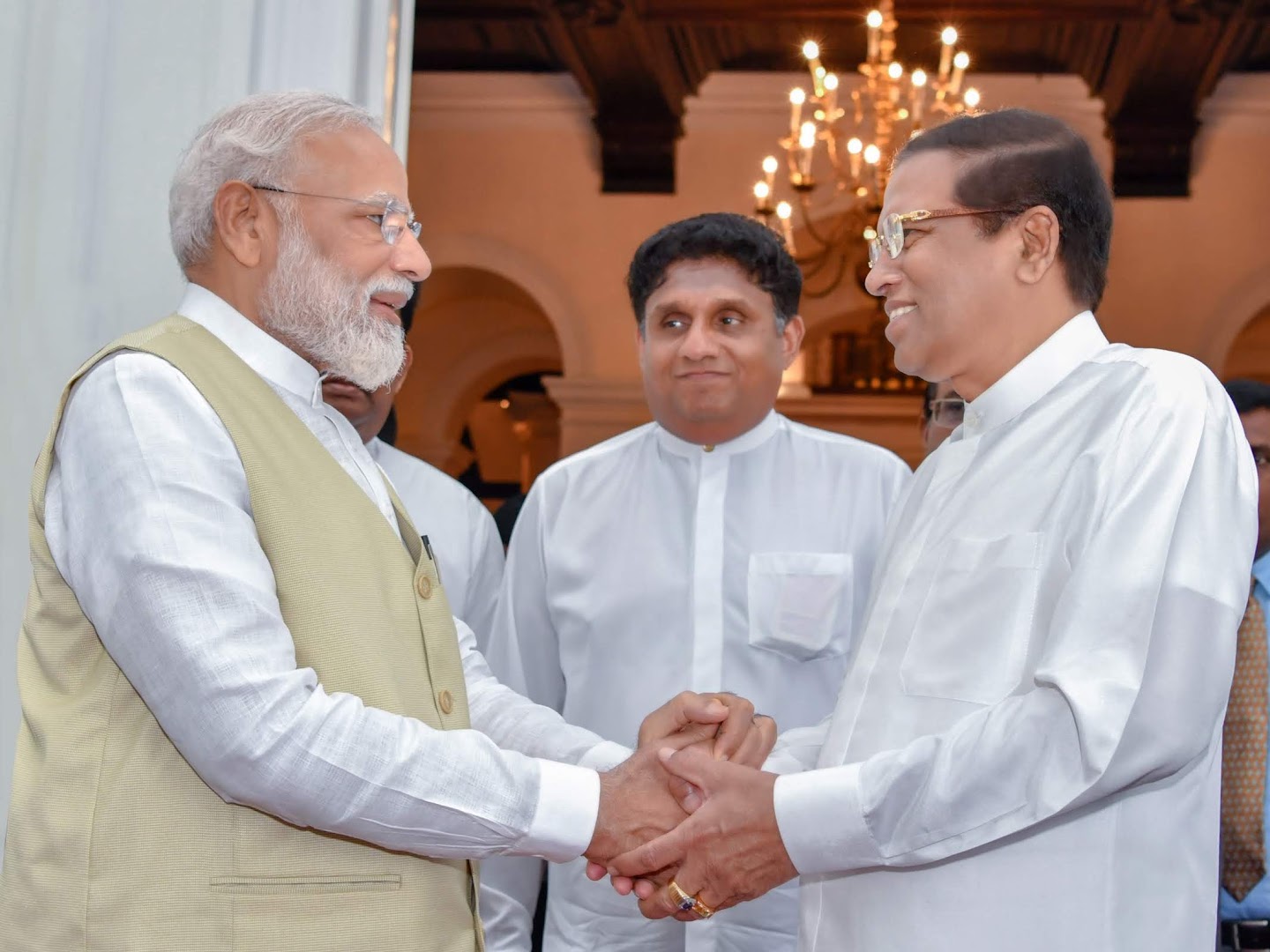 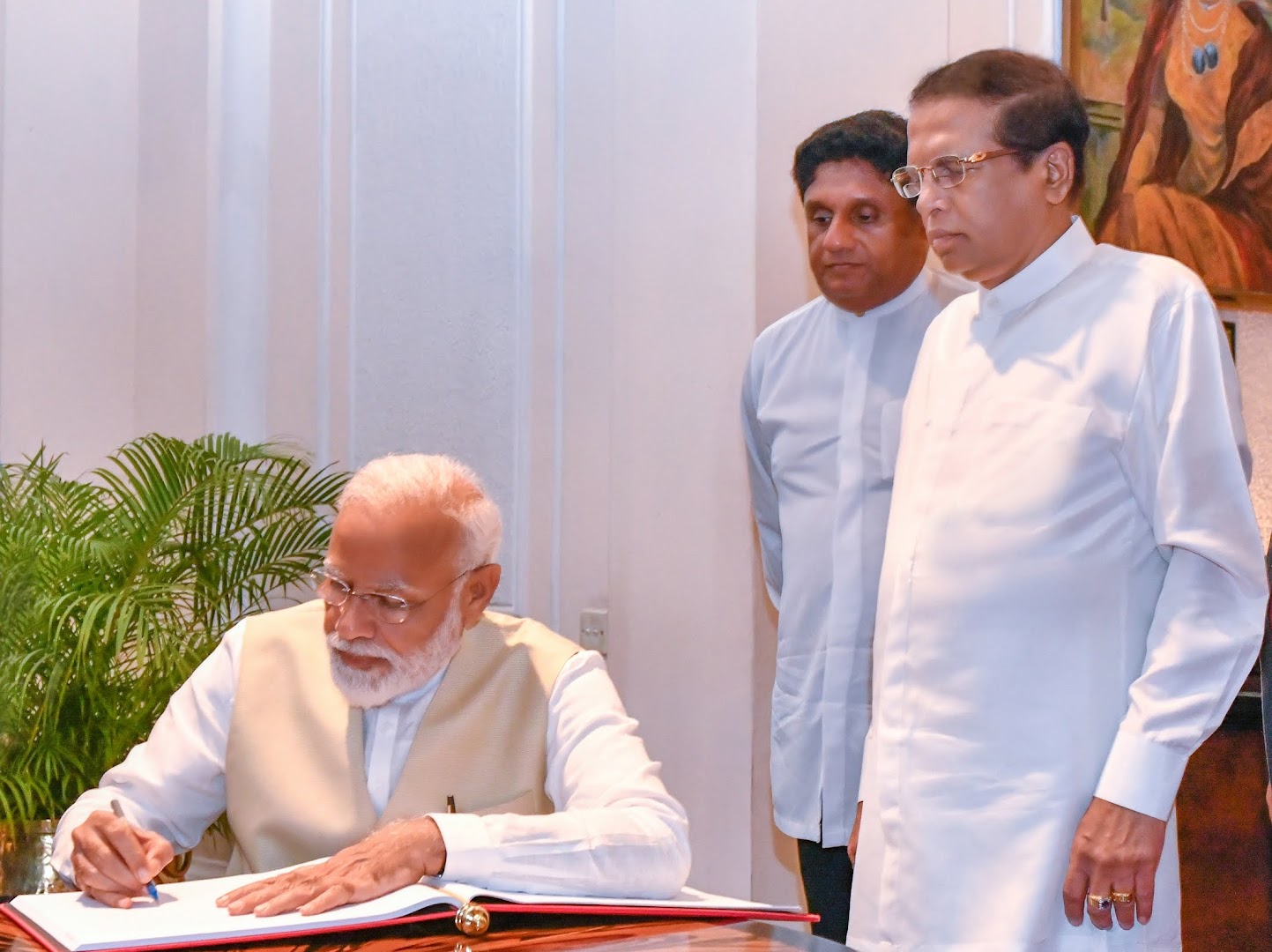 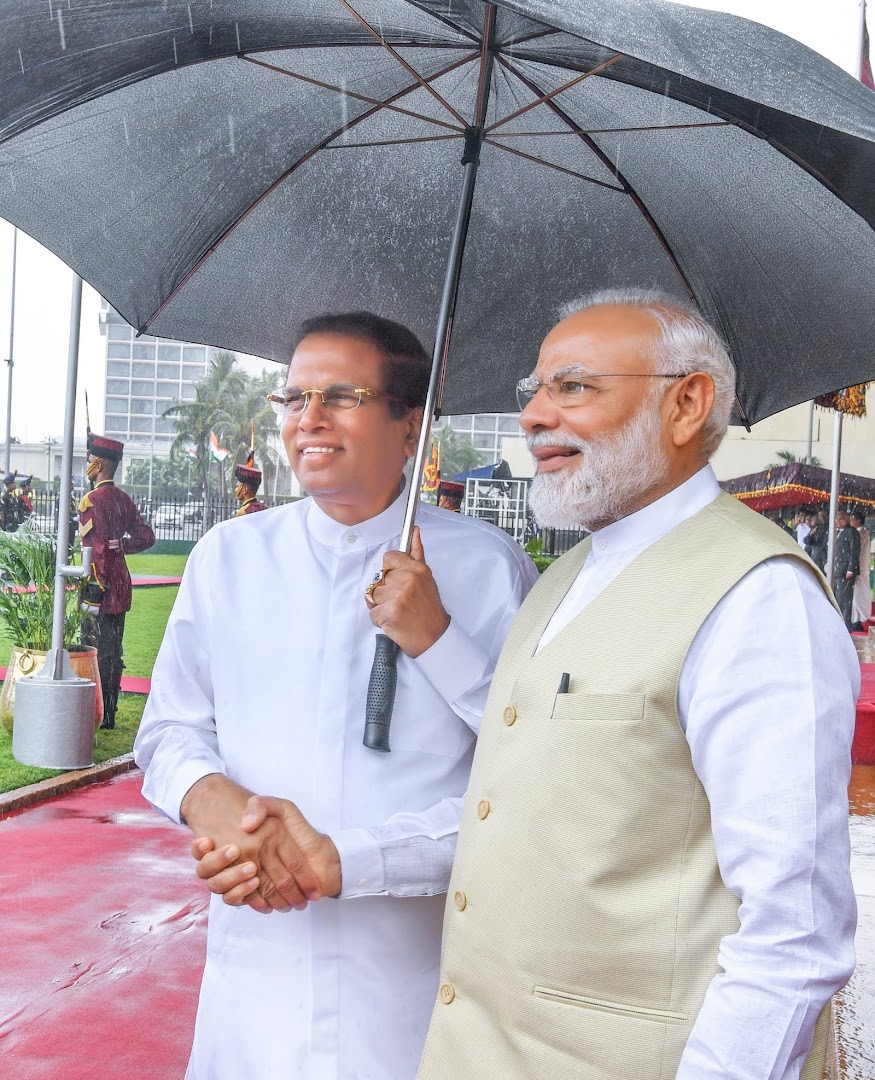 Indian Prime Minister Narendra Modi met with Sri Lankan President Maithripala Sirisena on Sunday for the second time within 10 days and the two leaders agreed that terrorism is a “joint threat” that needs collective and focused action.

Modi is the first foreign leader to visit Sri Lanka after the deadly Easter terror attacks in April. His visit is considered as a sign of India’s affirmation of solidarity with Sri Lanka in the aftermath of the attacks.

“Met President @MaithripalaS, our second meeting in 10 days. President Sirisena and I agreed that terrorism is a joint threat that needs collective and focused action. Reiterated India’s commitment to partner with Sri Lanka for a shared, secure and prosperous future,” Modi tweeted after his talks with President Sirisena.

Modi also received a special gift, a replica of the Samadhi Buddha Statue, from “special friend” Sirisena. “A special gift from a special friend. President @MaithripalaS presented PM @narendramodi the Samadhi Buddha Statue. This is considered to be one of the best sculptures in the Anuradhapura era. The original statue was sculptured between the 4th and 7th centuries AD,” the Prime Minister’s Office tweeted.

“This replica of the Samadhi Buddha Statue has been hand carved using white teak. This masterpiece has taken almost two years to complete. The meditation pose is known as Dhyana Mudra,” it added.

Earlier, Prime Minister Modi’s entourage made a detour to St Anthony’s church — one of the sites of the horrific Easter Sunday attacks — on their way to the Presidential Secretariat, where a red carpet welcome awaited.

Nine suicide bombers carried out a series of devastating blasts that tore through St Anthony’s Church in Colombo, St Sebastian’s Church in the western coastal town of Negombo and another church in the eastern town of Batticaloa, and three high-end hotels frequented by tourists in the country’s deadliest violence since the devastating civil war ended in 2009.

The Islamic State has claimed the attacks, but the government has blamed local Islamist extremist group National Thawheed Jamaath (NTJ) for the bombings.

After paying tributes to the victims of the Easter attacks at the Catholic church, Modi arrived at the President’s House where he was accorded a ceremonial reception. President Sirisena held an umbrella to provide cover to himself and Prime Minister Modi from rain.

Modi also held extensive meeting with the Leader of Opposition Mahinda Rajapaksa and discussed the need for close collaboration between the two countries in the fields of counter terrorism, security and economic development.

“Had an extensive meeting with the Leader of Opposition, Mr. Mahinda Rajapaksa. We discussed the need for close collaboration between India and Sri Lanka in the fields of counter terrorism, security and economic development,” Modi tweeted.

Rajapaksa, the former Sri Lankan president, led his country to a decisive victory against the Tamil Tigers in 2009. The LTTE collapsed in 2009 after the Lankan army killed its supreme leader Velupillai Prabhakaran. The war is thought to have killed between 70,000 and 80,000 people.

A Tamil National Alliance delegation led by R Sampanthan also called on Prime Minister Modi and congratulated him on his electoral victory. Modi termed his visit to Colombo “immensely fruitful”.

“Sri Lanka has a special place in our hearts. I assure my sisters and brothers of Sri Lanka that India will always be there with you and support your nation’s progress. Thank you for the memorable welcome and hospitality,” he said before leaving the island nation.

Under Prime Minister Modi the bilateral ties between India and Sri Lanka have touched a new high, including in the areas of security co-operation, trade, and cultural ties. Modi visited Sri Lanka twice earlier too — in March 2015 and May 2017.

Under the Modi government, India handed over the first lot of houses built under a USD 350 million project for people, mostly Tamils who live in Sri Lanka’s tea plantation areas. Modi arrived in Colombo from Maldives where he held wide-ranging talks with Maldivian President Ibrahim Mohamed Solih on Saturday. 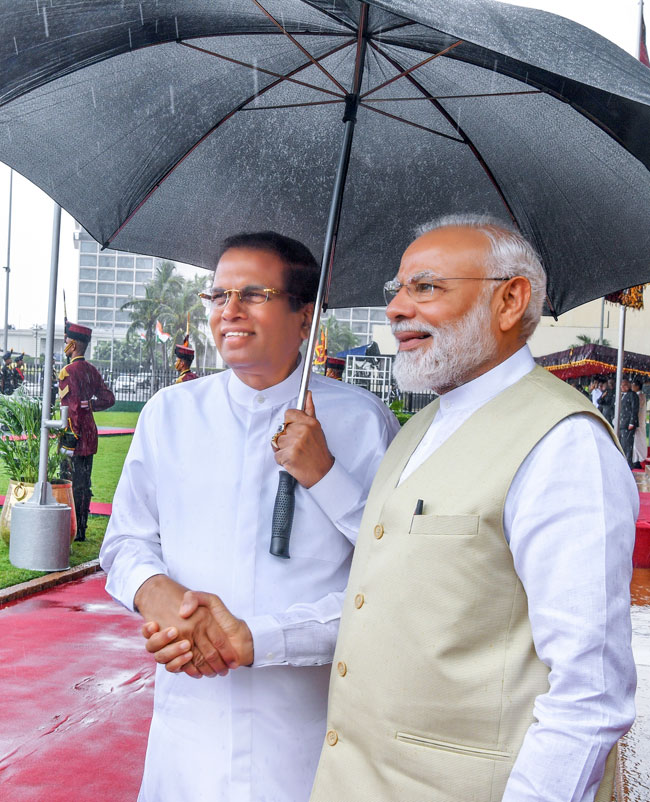