Convention of Organization to Protect SLFP

The convention of the ‘Organization to Protect SLFP’ was held at the Sugathadasa Indoor Stadium in Colombo yesterday (05). The event took place under the patronage of former President Chandrika Bandaranaike Kumaratunga. A delegation of the United National Party including Ministers Rajitha Senaratne and Mangala Samaraweera also attended the convention. 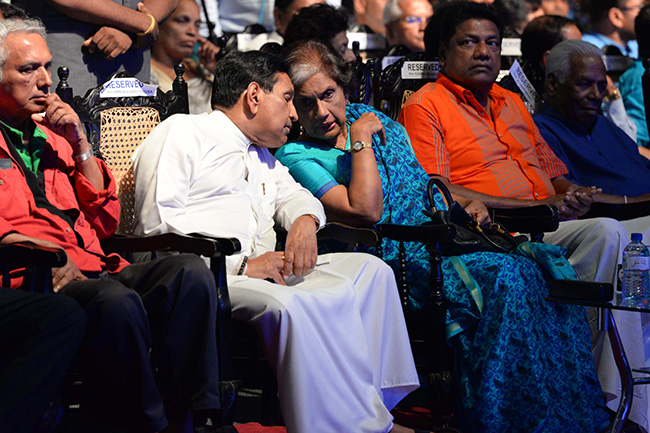