President honoured by his alma mater...

“Sath Mahala” is the first-ever 7-storey building constructed in a school in Sri Lanka.

The construction of the building commenced on the 1st of January 2015 with the patronage of the former Minister of Education Bandula Gunawardana. The building, constructed at a cost of Rs 620 million comprises 44 classrooms, a science lab, IT lab, staff room, medical centre, aesthetic rooms, and the main library. This was a historic occasion as the first and only Executive President produced by Ananda College declared open this new building.

Upon his arrival, the President presented floral offerings to the College War Memorial in remembrance of the fellow Anandians who sacrificed their lives for the motherland and it was followed by offering flowers to the statue of Henry Steel Olcott to commemorate the founders of Ananda College. 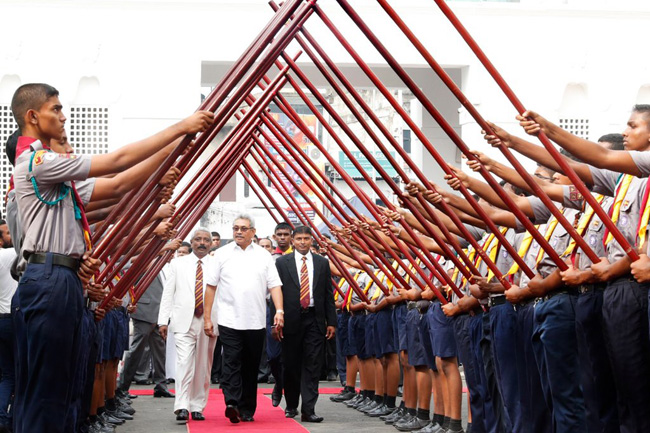