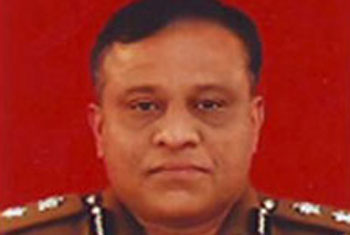 -
Senior Superintendent of Police (SSP) in charge of Ratnapura Division, Prishantha Jayakody who had received a threatening phone call, which was traced back to a payphone booth in Galle, says he remains unbowed and unafraid.

The former Police Spokesman said the threat against his life and his familys was made following a raid on a karaoke bar operating in Ratnapura last Saturday and therefore suspects a connection between the bar and the threat call.

Jayakody said he suspects that certain higher-ups are connected to the karaoke bar in question.

It has been reported that the Criminal Investigations Department (CID) has launched investigations into the death threat.