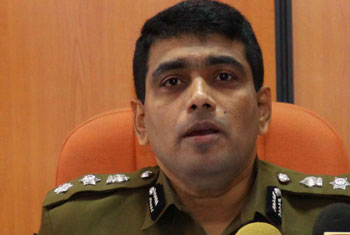 Nearly one hundred criminal acts have been carried out by suspects wearing full-face motorcycle helmets to conceal their identity, so far this year, the police spokesman revealed today.

A total of 97 criminal acts such as robberies carried out by persons wearing full-face helmets have been reported within the four months and one week ( from January 01 to May 08), SSP Ajith Rohana said.

Rohana stated that police have succeeded in arresting one gang responsible for around 7 recent major robberies carried out wearing such helmets and that they have directed their attention at controlling the situation if the trend continues.

He stated that teams of armed police officer dressed in civilian attire have been placed in areas where a majority of the robberies have taken place.

Presently it can be seen that full-face helmets are being used as an instrument for carrying out robberies rather than for protecting ones head, he told reporters in Colombo.

He, however, said that the police are prepared to win this full-face helmet challenge as well by utilizing other methods to identify such suspects.