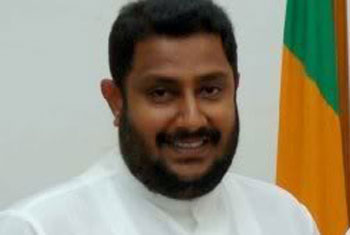 In a previous occasion, three supporters of the Deputy Minister were arrested and remanded for allegedly torching and damaging a venue of common candidate Maithripala Sirisena’s election stage in Wanduramba.

An unidentified group damaged a stage and some decorations of Common Candidate Maithripala Sirisena in Wanduramba area in Galle on 17 December. The armed gang arrived in two defenders had damaged and attempted to set the stage on fire, it was reported.