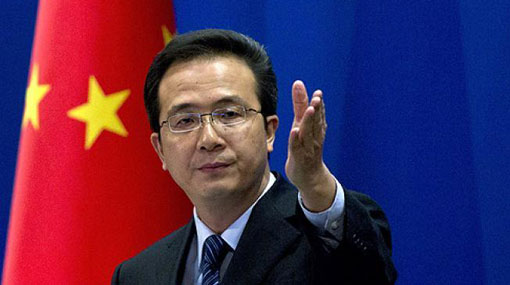 China said on Monday it hoped for continued “cooperation” with Sri Lanka despite a pledge by the new government in Colombo to review Chinese infrastructure projects awarded under the previous administration.

That move is bound to please Indian and Western powers concerned about Beijing’s access in the island state.

Chinese Foreign Ministry spokesman Hong Lei said cooperation between China and Sri Lanka was “based on mutual benefit and in the common interests” of the two sides.

“We hope and believe that the relevant cooperation between China and Sri Lanka can further press ahead with a healthy and stable development,” Mr Hong told reporters.

On Friday, Sri Lanka said it would review a US$1.5 billion port deal with China Communication Construction Co Ltd over concerns about the Chinese company getting land on a freehold basis in a high-security zone. That port project had been of particular concern for India, the destination for the majority of the transshipment cargo through Colombo.

Former President Mahinda Rajapaksa, who was unseated on Jan 8, heavily depended on China for infrastructure in the wake of a devastating civil war. He has borrowed over US$6 billion for mega projects since the end of a 26-year conflict in May 2009.

Opponents during the election campaign last month said many of the projects financed with Chinese loans were over-priced, an allegation that helped Sirisena to victory.

Harsha De Silva, deputy minister for Policy Planning and Economic Affairs, said on Saturday that China had already started to discuss the issues “at the highest level of the government” and the new government would work on a project by project basis. - Reuters