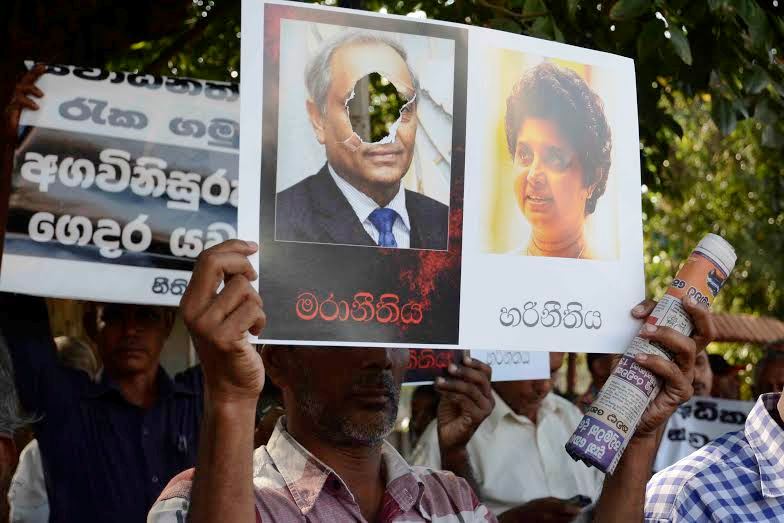 A group of lawyers attached to the Bar Association of Sri Lanka (BASL) has staged a protest, in front of the Hultsdorf Court complex for the second time, and called for the immediate resignation of Chief Justice Mohan Peiris, this morning.

The lawyers demanded that the Chief Justice should immediately resign from his post and expressed concerns over allegations that the CJ of had been present at the former President’s house on 9 January, while the results of the Presidential polls were being released.

The BASL has announced that its Executive Council has unanimously decided to re-elect impeached Dr. Shirani Bandaranayake for the post. The BASL alleged that Peiris was present at Temple Trees the night of Election Day (Jan 8) with several top officials and former President Mahinda Rajapaksa, when it has been alleged that a plot was hatched to keep the president in power by declaring a state of emergency.

TAGS :  BASL Hultsdorf Mohan Peiris Coup Rajapaksa ,
Disclaimer: All the comments will be moderated by the AD editorial. Abstain from posting comments that are obscene, defamatory or slanderous. Please avoid outside hyperlinks inside the comment and avoid typing all capitalized comments. Help us delete comments that do not follow these guidelines by flagging them(mouse over a comment and click the flag icon on the right side). Do use these forums to voice your opinions and create healthy discourse.