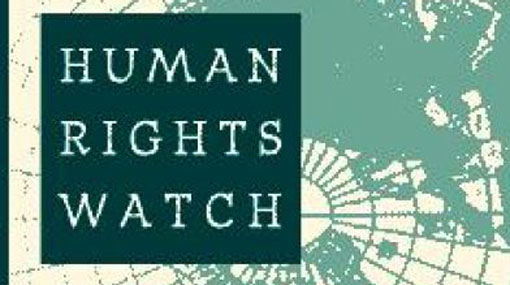 The Sri Lankan government stepped up pressure in 2014 on human rights activists and journalists, particularly those urging justice for past war crimes, Human Rights Watch said in its World Report 2015 released today. A new government, elected in January 2015, should order investigations into arbitrary arrests, enforced disappearances, and killings since the final military operations in 2009.

In the 656-page world report, its 25th edition, Human Rights Watch reviews human rights practices in more than 90 countries. In his introductory essay, Executive Director Kenneth Roth urges governments to recognize that human rights offer an effective moral guide in turbulent times, and that violating rights can spark or aggravate serious security challenges. The short-term gains of undermining core values of freedom and non-discrimination are rarely worth the long-term price.

Sri Lanka’s new government, elected after the world report was finalized, has already taken important measures to improve free expression and other rights: blocked news websites were restored, media restrictions have been eased, and a fresh investigation ordered into the 2009 killing of journalist Lasantha Wickeramatunge. Activists and journalists report a lifting of government surveillance and pressure. The government has also asked for a list of all detainees held under the abusive Prevention of Terrorism Act for review.

The failure of the previous government of Mahinda Rajapaksa to honor its pledge to provide accountability for war crimes during the armed conflict with the rebel Liberation Tigers of Tamil Eelam, which ended in 2009, led the United Nations Human Rights Council to pass a resolution on March 27, 2014, calling on the UN Office of the High Commissioner for Human Rights to investigate serious violations of international human rights and humanitarian law by both sides to the conflict.

The Sri Lankan government immediately denounced the March UN rights council resolution, and several senior government members threatened to take action against anyone cooperating with the UN investigation. The new government has said that it will engage with the Human Rights Council, and it should take steps to ensure accountability and justice.

“The UN investigation is the first real hope for justice for victims of atrocities on both sides during Sri Lanka’slong civil war,” said Brad Adams, Asia director at Human Rights Watch. “Sri Lanka’s new government should cooperate with the UN investigation and act to end the previous hostility to justice.”

Human Rights Watch documented extensive surveillance in ethnic Tamil majority areas in the north, detention of activists, and shutting down of workshops organized in the south to train journalists from the north.

In 2014, ultranationalist Buddhist organizations denounced religious minorities, spurring mobs from the Buddhist majority to attack a largely Muslim town in the south, leaving at least four Muslims dead, nearly 80 injured, and many Muslim properties damaged. Although the government quickly denounced the violence and made some prompt arrests, it has not taken action against anyone who might have incited the violence.

“The Rajapaksa government’s resettlement and reconstruction of affected communities in the post-conflict years has been seriously marred by oppression of the Tamil population,” Adams said. “The new government has the responsibility to set Sri Lanka on the long road to ensure justice and rights for everyone, particularly minorities and critics of the government.”

TAGS :  HRW ,   Mahinda Rajapaksa ,  Rights ,  Journalists ,  War crimes ,  Roth ,
Disclaimer: All the comments will be moderated by the AD editorial. Abstain from posting comments that are obscene, defamatory or slanderous. Please avoid outside hyperlinks inside the comment and avoid typing all capitalized comments. Help us delete comments that do not follow these guidelines by flagging them(mouse over a comment and click the flag icon on the right side). Do use these forums to voice your opinions and create healthy discourse.