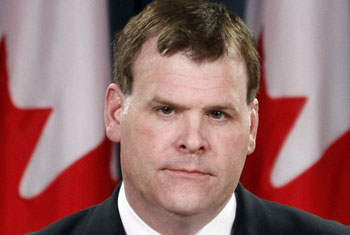 The Canadian Government today welcomed the reinstatement of Shirani Bandaranayake as Chief Justice of the Sri Lankan Supreme Court while also expressing hope that President Maithripala Sirisena fulfills the mandate given to him by the people to foster a transparent, responsive and pluralistic government.

“In January 2013, at the time of the Chief Justice’s impeachment, I expressed deep concern about the opaque and politicized nature of her impeachment, an action that severely undermined the legitimacy of the rule of law in Sri Lanka,” Canada’s Foreign Affairs Minister John Baird said in a statement.

Dr. Shirani Bandaranayake on Friday retired from service, after the resumption of office the previous day as the Chief Justice.

While addressing the Ceremonial Sitting at the Hulftsdorp Court complex, Bandaranaike said that she greets Justice Kanagasabapathy J. Sripavan, the senior-most Judge of the Supreme Court, who was appointed as the new Chief Justice.

The Canadian foreign minister also welcomed the replacing of an ex-military officer with a civilian as governor in the war-torn Northern Province.

“We also welcome the recent appointment of a civilian, H.M.G.S. Palihakkara, to replace a retiring senior military commander as governor of the predominantly Tamil Northern Province.

“Following the successful elections earlier this month, it is our hope that President Maithripala Sirisena fulfills the mandate given to him by the people of Sri Lanka to foster a transparent, responsive and pluralistic government. Canada will continue to encourage progress in the devolution of power, accountability and genuine reconciliation.”

TAGS :  Canada ,  John Baird ,  Shirani Bandaranayake ,  Chief Justice ,  H.M.G.S. Palihakkara ,  President Maithripala Sirisena ,
Disclaimer: All the comments will be moderated by the AD editorial. Abstain from posting comments that are obscene, defamatory or slanderous. Please avoid outside hyperlinks inside the comment and avoid typing all capitalized comments. Help us delete comments that do not follow these guidelines by flagging them(mouse over a comment and click the flag icon on the right side). Do use these forums to voice your opinions and create healthy discourse.