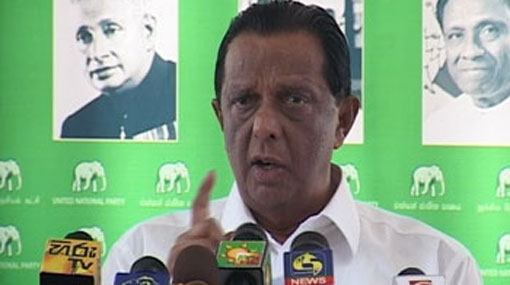 A no-confidence motion will be presented to the Parliament against Minister John Amaratunga following his alleged involvement in connection with the assault on the Chairman of the Wattala Pradeshiya Sabha, Opposition Leader Nimal Siripala de Silva today said.

The observation was made at the Parliament. A special debate on the appointment and removal of former Attorney General Mohan Peiris is being held currently.

Silva went on saying they have information that Amaratunga had motivated a group of people to attack Chairman Thiyagaratna Alwis, therefore, the opposition will present the no-confidence motion against the Minister of Public Order, Disaster Management & Christian Affairs.