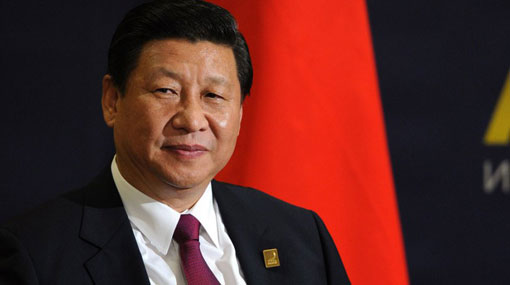 Chinese President Xi Jinping on Wednesday sent a congratulatory message to his Sri Lanka counterpart Maithripala Sirisena to mark the 67th anniversary of the founding of the Democratic Socialist Republic of Sri Lanka.

Recalling his successful state visit to Sri Lanka in September 2014, Xi said he was deeply touched by the Sri Lankan people’s profound sentiments and friendship toward Chinese people.

China attaches great importance to its ties with Sri Lanka and stands ready to work with the South Asian country to promote powerful development of the strategic cooperative partnership between the two countries featuring sincere mutual assistance and friendship from generation to generation, said the Chinese president.

Meanwhile Chinese Premier Li Keqiang also sent a message to his Sri Lankan counterpart Ranil Wickremesinghe to express his congratulation on the 67th anniversary of the founding of the Democratic Socialist Republic of Sri Lanka.

In his congratulatory message, Li said that since the establishment of diplomatic relations between China and Sri Lanka in 1957, bilateral ties have always undergone healthy and stable development, turning out to be a paradigm for friendly coexistence and mutually beneficial cooperation between neighboring countries.

The Chinese side attaches great importance to its ties with Sri Lanka and stands ready to work with Sri Lanka in deepening the traditional friendship and expanding pragmatic cooperation, to prompt the China-Sri Lanka strategic cooperative partnership to keep developing to higher levels in the interest of the two peoples. – Xinhua

TAGS :  China ,  Xi Jinping ,  Li Keqiang ,  Maithripala Sirisena ,  Ranil Wickremesinghe ,  Independence Day ,
Disclaimer: All the comments will be moderated by the AD editorial. Abstain from posting comments that are obscene, defamatory or slanderous. Please avoid outside hyperlinks inside the comment and avoid typing all capitalized comments. Help us delete comments that do not follow these guidelines by flagging them(mouse over a comment and click the flag icon on the right side). Do use these forums to voice your opinions and create healthy discourse.