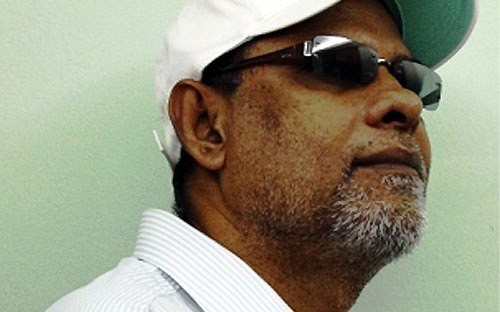 The Court of Appeal has issued an Interim Order today and directed the Controller General of Immigration and Emigration to prevent Shanmugam Kumaran Tharmalingam alias Kumaran Pathmanathan (KP) from leaving the country.

This came after Parliamentarian and Propaganda Secretary of the Janatha Vimukthi Peramuna (JVP), Vijitha Herath filed a Writ Application in a bid to obtain an order to arrest and prosecute KP who was one time LTTE’s arms procurement wing leader and ‘international secretariat’.

The order was issued when the Writ Application was taken up for hearing before Justice A.H.M.D. Nawaz and Justice Vijith Malalgoda.

The respondents for the case include the Army Commander, Inspector General of Police, and Controller General of Immigration and Emigration Department.

Pathmanathan was on Interpol’s most wanted list for various charges including arms smuggling and criminal conspiracy. He is also wanted by India’s law enforcement agencies in connection with the assassination of former Indian Prime Minister Rajiv Gandhi in 1991 and for violation of the Terrorist Act and the Indian Explosive Act.

TAGS :  KP ,  Kumaran Pathmanathan ,  Vijitha Herath ,  JVP ,  Court of Appeal ,
Disclaimer: All the comments will be moderated by the AD editorial. Abstain from posting comments that are obscene, defamatory or slanderous. Please avoid outside hyperlinks inside the comment and avoid typing all capitalized comments. Help us delete comments that do not follow these guidelines by flagging them(mouse over a comment and click the flag icon on the right side). Do use these forums to voice your opinions and create healthy discourse.