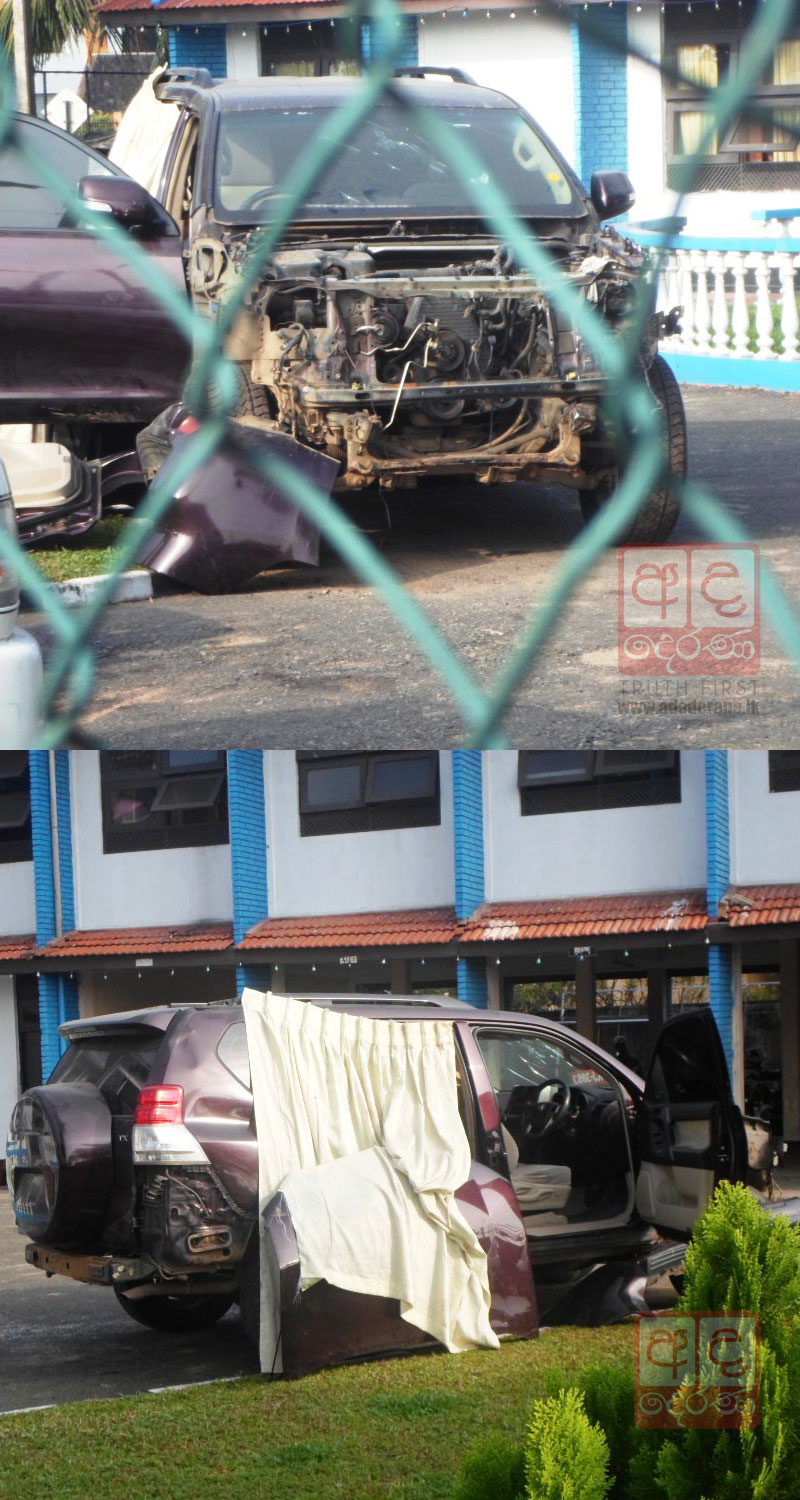 An abandoned Prado reportedly belongs to the President’s Secretariat Office has been found from a garage in Havelock Road, Galle, the police said.

A police officer told Ada Derana the jeep was found last night at around 10.00 pm.

The police believe the vehicle had been at the location since few months and moved to the garage following a road accident.

Earlier, the police announced they are unaware of the whereabouts of at least 120 vehicles belong to the President’s Secretariat Office. Police Spokesman SSP Ajith Rohana also requested the public to notify the police regarding any information leading to these missing vehicles as they are state property.

TAGS :  Presidents Secretariat Office ,  Galle ,  SSP ,  vehicles ,
Disclaimer: All the comments will be moderated by the AD editorial. Abstain from posting comments that are obscene, defamatory or slanderous. Please avoid outside hyperlinks inside the comment and avoid typing all capitalized comments. Help us delete comments that do not follow these guidelines by flagging them(mouse over a comment and click the flag icon on the right side). Do use these forums to voice your opinions and create healthy discourse.