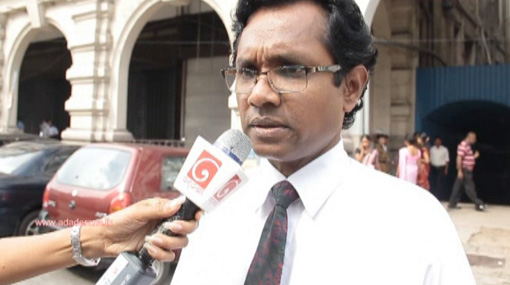 Kindelpitiya hands over info on white van abductions to CID

Speaking to reporters outside the Criminal Investigations Department (CID) building, the Provincial Councilor stated that after Maithripala Sirisena was elected as the President, several families in Colombo had visited him and allayed their grievances pertaining to the abduction of family members.

Kindelpitiya, in his letter to the Director of the CID, had also requested for investigations to be carried out based on the recent revelation made by former Minister Mervyn Silva, alleging that former Defence Secretary Gotabaya Rajapaksa was the architect of the ‘white van’ culture in Sri Lanka.

The Provincial Councilor also submitted a list of the 13 persons allegedly abducted during the previous regime and one abduction attempt. Their names are as follows:

TAGS :  Susil Kindelpitiya ,  CID ,  Democratic Party ,  Gotabaya Rajapaksa ,  Mervyn Silva ,  Western Provincial Council ,  white van ,
Disclaimer: All the comments will be moderated by the AD editorial. Abstain from posting comments that are obscene, defamatory or slanderous. Please avoid outside hyperlinks inside the comment and avoid typing all capitalized comments. Help us delete comments that do not follow these guidelines by flagging them(mouse over a comment and click the flag icon on the right side). Do use these forums to voice your opinions and create healthy discourse.