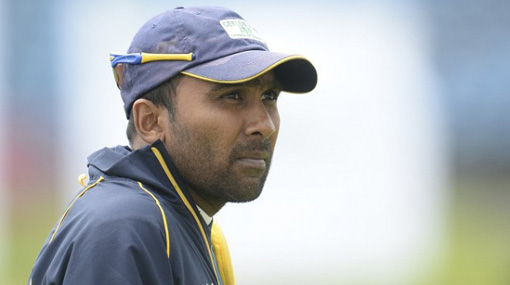 As he gets ready to play the final phase of his 18-year long illustrious career, Mahela Jayawardene says he will miss the Sri Lankan dressing room after the conclusion of 2015 Cricket World Cup.

The countdown will start for Jayawardene when he takes the field tomorrow at Christchurch in the World Cup match between Sri Lanka and New Zealand.

“After 18 years, I will of course miss playing for the national side. However, I was always prepared for it and had taken decision (to retire) well in advance. So I have had time to adjust to it. Another reason was that I wanted youngsters to get their share of opportunities,” Jayawardene, who will bid adieu to international cricket after the World Cup, told PTI in an exclusive interview.

Asked how difficult will it be for Sri Lanka to get another supremely talented batting artist as Jayawardene, the former Sri Lankan captain sounded positive.

“Sri Lanka has plenty of talented young cricketers and I am sure they will rise up and leave their own mark,” said Jayawardene, who has more than 25,000 international runs (25,832) across three formats.

Despite being one among the contemporary greats of the game, it is humility with which Jayawardene assessed his career.

“I have been very fortunate to have had a relatively successful career,” said the batsman, who has scored a staggering 11,814 runs in Tests, 12,525 runs in ODI, including 53 international hundreds.

“When I started out, I did not think I could achieve so much and reach so many milestones while also playing my part in a number of successful Sri Lankan national squads. I am also very lucky to have not had any major injuries affect my career. It’s been a privilege to play and represent the country and I am very grateful to everyone, who has supported and helped me along the way. As a team, hopefully we can finish up on a high,” he said.

Jayawardene considers himself “fortunate” to have played in the era of great batsmen such as Sachin Tendulkar, Brian Lara, Ricky Ponting although he refused to pick his favourite contemporary.

“It’s difficult to pick any particular player as there are so many good players that I have been fortunate to play against and learn from along the way. - PTI

TAGS :  ICC 2015 Cricket World Cup ,  Mahela Jayawardene ,  Christchurch ,  Sri Lanka Cricket ,  Sachin Tendulkar ,  Brian Lara ,  Ricky Ponting ,
Disclaimer: All the comments will be moderated by the AD editorial. Abstain from posting comments that are obscene, defamatory or slanderous. Please avoid outside hyperlinks inside the comment and avoid typing all capitalized comments. Help us delete comments that do not follow these guidelines by flagging them(mouse over a comment and click the flag icon on the right side). Do use these forums to voice your opinions and create healthy discourse.