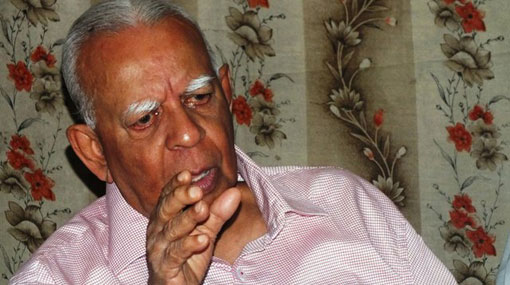 India must push Sri Lanka on 13A - Sampanthan

The Indian government must continue pushing the Sri Lankan government towards the implementation of the 13th Amendment, Leader of the Tamil National Alliance (TNA) R. Sampanthan said.

President Sirisena is scheduled to leave for India on Sunday on his first State visit after assuming office on January 9, following a victory over Mahinda Rajapaksa.

In a phone call to President Maithripala Sirisena yesterday (13), Indian Prime Minister Narendra Modi has said that he looks forward to the former visit to India from February 15-18.

The Sri Lankan President will arrive in India on February 15 on a four-day visit during which he will meet Prime Minister Narendra Modi and discuss key issues including peace and reconciliation process in the country.

All bilateral matters including economy, peace and reconciliation in Sri Lanka apart from the perennial issues are expected to be discussed during the meeting between the two leaders.

Modi is scheduled to make a reciprocal trip in the second week of March, according to Sri Lankan government officials.

TAGS :  Tamil National Alliance ,  R. Sampanthan ,  New Delh ,  Colombo ,  Maithripala Sirisena ,  Narendra Modi ,  reconciliation ,  TNA ,
Disclaimer: All the comments will be moderated by the AD editorial. Abstain from posting comments that are obscene, defamatory or slanderous. Please avoid outside hyperlinks inside the comment and avoid typing all capitalized comments. Help us delete comments that do not follow these guidelines by flagging them(mouse over a comment and click the flag icon on the right side). Do use these forums to voice your opinions and create healthy discourse.