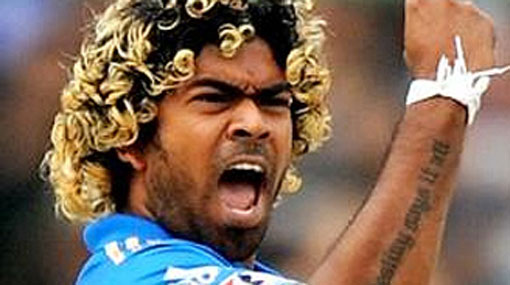 Sri Lankan legend Muttiah Muralitharan insists Lasith Malinga will still be a factor at the World Cup despite the sling-arm fast bowler enduring a nightmare return to action after six months out.

Malinga was smashed to all parts of the Hagley Oval on Saturday in his team’s 98-run loss to New Zealand, ending with figures of none for 84 off his 10 overs as the Black Caps piled up 331 for six.

It was the 31-year-old’s first international match since undergoing ankle surgery in September.

But Muralitharan, who retired in 2011 after taking 534 ODI and 800 Test wickets, believes Malinga will have benefitted from his brutal treatment.

“Although Lasith Malinga’s figures look like a horror show with none for 84 from his 10 overs, he will have benefited from the outing,” Muralitharan told the ICC website.

“We have to be realistic about him, after all. He is coming into the tournament off the back of no cricket since his ankle surgery last September and it will take time for him to get back to his best.

“And the chance to get more overs under his belt against Afghanistan and Bangladesh (in their next two games) will be good news for him and for Sri Lanka.”

Malinga, who has 271 ODI wickets and is seen as his team’s go-to death bowler, starred at the 2007 World Cup in the Caribbean where Sri Lanka finished runners-up to Australia.

He took 18 wickets at an average of 15.77, including four wickets in four balls against South Africa in Providence, Guyana -- the first time a bowler had taken four wickets off successive deliveries in international cricket.

“I don’t think this is Lasith’s best bowling effort,” said the opener. “We believe he’ll come back strongly in the next few matches, but I think he bowled really well in the death overs.

“That’s a positive for us, so hopefully he’ll be back with good performances.” AFP

TAGS :  Muttiah Muralitharan ,  Lasith Malinga ,  SLC ,  World Cup ,
Disclaimer: All the comments will be moderated by the AD editorial. Abstain from posting comments that are obscene, defamatory or slanderous. Please avoid outside hyperlinks inside the comment and avoid typing all capitalized comments. Help us delete comments that do not follow these guidelines by flagging them(mouse over a comment and click the flag icon on the right side). Do use these forums to voice your opinions and create healthy discourse.