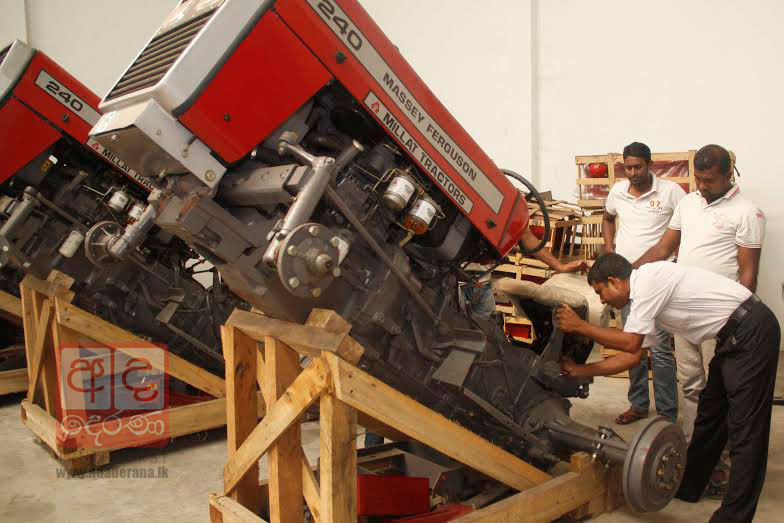 In an interesting twist of event into drug baron Wele Sudha’s case, the Police Narcotics Bureau (PNB) on Monday (16) raided a warehouse in Sinharamulla, Kelaniya where they discovered over 25 tractor engines believed to have been used to smuggle heroin into the country from Pakistan.

The PNB currently interrogates the drug kingpin Wele Sudha under a three months detention order on the details on how he managed to carry out drug related operations.

Parliamentarian Duminda Silva was also interrogated by the cops in connection with his alleged involvement with the drug baron, last week.
In 2010, Wele Sudha fled the country when the PNB launched open inquiries into his activities.

Wele Sudha’s assets including two luxury apartments, two houses in Bagatalle Road, two houses in Pannipitiya and Madiwela, 16 perches land in Dehiwala and 14 perches in Nedimale had been confiscated by the Colombo High Court.

TAGS :  Wele Sudha ,  Duminda Silva ,
Disclaimer: All the comments will be moderated by the AD editorial. Abstain from posting comments that are obscene, defamatory or slanderous. Please avoid outside hyperlinks inside the comment and avoid typing all capitalized comments. Help us delete comments that do not follow these guidelines by flagging them(mouse over a comment and click the flag icon on the right side). Do use these forums to voice your opinions and create healthy discourse.