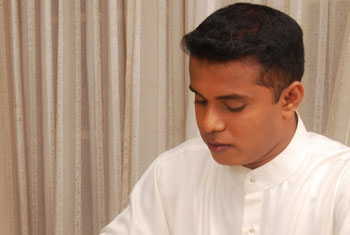 UPFA Southern Provincial Council member Krishantha Pushpakumara, popularly known as “Raththaran,” says that police have seized an SUV belonging to him, mistaking it for one of the vehicles missing from the Presidential Secretariat.

The vehicle, which was handed over to a private establishment in Kurunegala to repair a technical fault, was taken away by police officers this morning, he said.

Pushpakumara stated that 4 other vehicles which were at the location have also been taken by the police and that he was notified of this by the employees of the establishment.

The Provincial Councilor charged that the incident was a violation of human rights and that he would proceed with necessary action.

When inquired by Ada Derana regarding the matter, police spokesman’s office said that the Kurunegala Police Station had no connection with the raid and that so far it has not been reported whether another group of officers were responsible.

TAGS :  Krishantha Pushpakumara ,  Southern Provincial Council ,  Raththaran ,  UPFA ,
Disclaimer: All the comments will be moderated by the AD editorial. Abstain from posting comments that are obscene, defamatory or slanderous. Please avoid outside hyperlinks inside the comment and avoid typing all capitalized comments. Help us delete comments that do not follow these guidelines by flagging them(mouse over a comment and click the flag icon on the right side). Do use these forums to voice your opinions and create healthy discourse.