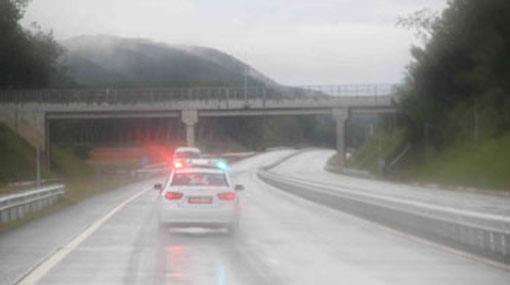 One dead, 4 injured after collision on Expressway

An elderly woman was killed while another four persons were wounded following a collision involving an SUV and a van in the area between Gelanigama-Kahatuduwa on the Southern Expressway.

Police said that the SUV which veered off the road and had collided with the van, traveling on the same lane, when the driver had swerved the SUV in the other direction to avoid hitting the railing.

Five passengers of the van including two women were rushed to the Homagama Hospital with injuries following the accident, however one of them had succumbed to injuries shortly after.

The deceased is a 86-year-old woman from Galle.

TAGS :  Gelanigama ,  Kahatuduwa ,  Southern Expressway ,
Disclaimer: All the comments will be moderated by the AD editorial. Abstain from posting comments that are obscene, defamatory or slanderous. Please avoid outside hyperlinks inside the comment and avoid typing all capitalized comments. Help us delete comments that do not follow these guidelines by flagging them(mouse over a comment and click the flag icon on the right side). Do use these forums to voice your opinions and create healthy discourse.