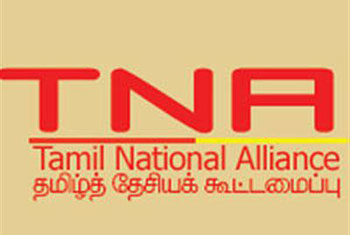 TNA: Enforce Witness Protection Act as it is

The Tamil National Alliance (TNA) is happy that the parliament has passed the Victims of Crimes and Witnesses Protection Act at long last. But it insists that the Act will be only as good as it is implemented.

R. Sampanthan, who leads the TNA in parliament, has told the New Indian Express on Saturday that the inordinate delay in passing the bill, has made the Tamils skeptical about its implementation in letter and spirit.

“If victims and witnesses are not sure of protection, they will not come forward to testify,” he pointed out.

A Witness Protection Act was suggested to Sri Lanka by the International Independent Group of Eminent Persons (IIGEP) chaired by Justice P N Bhagwati of India.

The IIGEP had overseen the work of the Udalagama Commission which investigated some serious human rights violations by the Lankan armed forces in 2005-2006 in Trincomalee district. But attempts to get the bill through parliament got bogged down due to a lack of commitment, Sampanthan said.

The Act, which was passed unanimously on Thursday, envisages the establishment of:  a National Authority for the protection of victims of crime and witnesses; a Board of Management; a Protection Division in the Lankan police; and a high level Advisory Council.

Jail terms for threatening or intimidating victims or witnesses range from three  to ten years. There will be compensation for victims of crimes and also a fund for aiding  witnesses and victims.

Human rights activists said that the structure of the institutions reflect the omnipresence of the State and its staff, thus reducing the system’s independence.

Suresh Premachandran, spokesman of the TNA, said that if government is serious about victims and witnesses protection, it should first scrap the Prevention of Terrorism Act which allows arbitrary detention for long periods.

TAGS :  R. Sampanthan ,  TNA ,
Disclaimer: All the comments will be moderated by the AD editorial. Abstain from posting comments that are obscene, defamatory or slanderous. Please avoid outside hyperlinks inside the comment and avoid typing all capitalized comments. Help us delete comments that do not follow these guidelines by flagging them(mouse over a comment and click the flag icon on the right side). Do use these forums to voice your opinions and create healthy discourse.