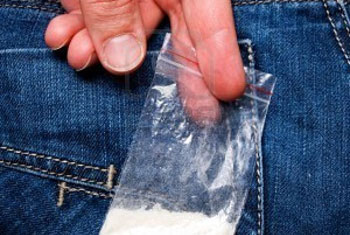 Woman nabbed with heroin in Orugodawatta

A woman has been arrested near the Orugodawatta Flyover Bridge for the possession of 11 grams and 900 milligrams of heroin.

The 41-year-old suspect was arrested last night following information received by the Police Narcotics Bureau while a 37-year-old man who allegedly supplied the drugs to the woman has also been arrested in Weyangoda.

The suspects are to be produced at the Maligakanda Magistrate’s Court today.

TAGS :  Police Narcotics Bureau ,  heroin ,  Orugodawatta Flyover Bridge ,  Maligakanda Magistrate ,  Weyangoda ,
Disclaimer: All the comments will be moderated by the AD editorial. Abstain from posting comments that are obscene, defamatory or slanderous. Please avoid outside hyperlinks inside the comment and avoid typing all capitalized comments. Help us delete comments that do not follow these guidelines by flagging them(mouse over a comment and click the flag icon on the right side). Do use these forums to voice your opinions and create healthy discourse.