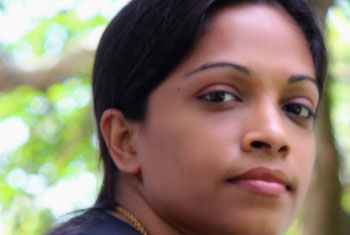 BMICH ordered to pay Rs. 180m as compensation to Samitha

Colombo Chief Magistrate Court today ordered the management of the BMICH to pay Rs. 180 million as compensation for Dr. Samitha Samanmali who was paralyzed after a shelter collapsed at the Deyata Kirula exhibition in 2008.

Samanmali who was a medical student at the time sustained severe injuries in the accident on February 15, 2008 at the BMICH when she was organising the setting up of stalls for a medical exhibition.

According to medical reports, the student, Samitha Samanmali would not be able to carry out the tasks as a doctor or lead a normal married life, but would be confined to a wheel chair for the rest of her life.

The accident occurred when an iron rod fell on her head damaging her spine and skull severely when she went to the BMICH premises to set up exhibition stalls for MEDEX. The iron rod was part of the construction equipment of an exhibition held previously, but which had not been removed.

Samanmali in December 2010 appeared in the Colombo District Court claiming Rs. 50 million as compensation from the BMICH.

TAGS :  Samitha Samanmali ,  BMICH ,  compensation ,  Court ,
Disclaimer: All the comments will be moderated by the AD editorial. Abstain from posting comments that are obscene, defamatory or slanderous. Please avoid outside hyperlinks inside the comment and avoid typing all capitalized comments. Help us delete comments that do not follow these guidelines by flagging them(mouse over a comment and click the flag icon on the right side). Do use these forums to voice your opinions and create healthy discourse.