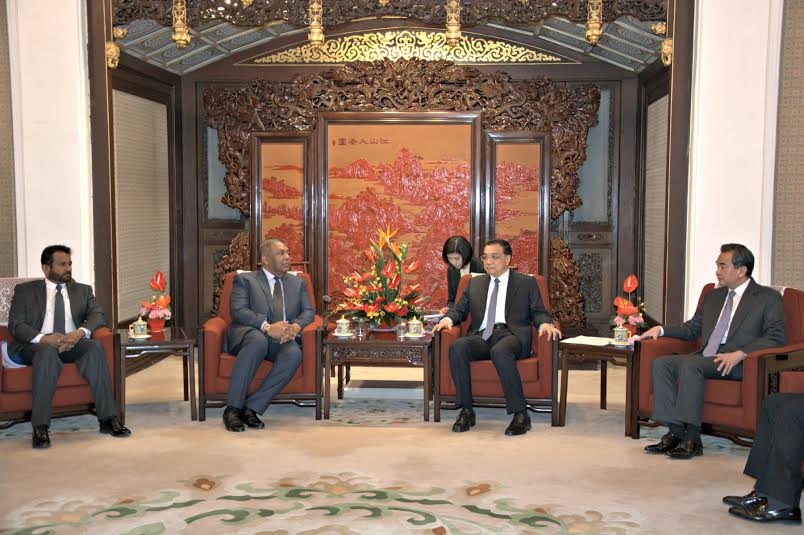 Foreign Minister Mangala Samaraweera concluded a successful two-day official visit to China today, during which he paid a courtesy call on the Chinese Premier Li Keqiang and also held extensive bilateral discussions with his Chinese counterpart Wang Yi, as well as met with the Vice Chairman of the National Committee of the Chinese People’s Political Consultative Conference and Minister of the International Department of the Central Committee of the Communist Party of China, Wang Jiarui and the Minister of Commerce, Gao Hucheng.

Both sides reiterated the importance of the bilateral relationship between China and Sri Lanka, which has stood the test of time amidst changing international circumstances and evolution of domestic political situations, as testimony of a solid and deep friendship between the two countries.

Minister Samaraweera informed the Chinese side that it was the desire of the new Government of Sri Lanka to further strengthen the warm and robust bilateral relations and the cooperative partnership which would be the key objective of the upcoming State Visit to China by President Maithripala Sirisena.

Minister Samaraweera also briefed the Chinese side on recent developments in Sri Lanka, including the formation of the new Government, which he stated was a Government of national unity between the two major political parties in Sri Lanka. The Minister stated that both these parties had over the years, fostered Sri Lanka – China relations and as such, both the President and Prime Minister are keen to take forward the relationship to a new level of excellence.

During bilateral talks, the Chinese Foreign Minister Wang Yi, underscored the nature of the relationship between China and Sri Lanka as an “all weather friendship” and reiterated that China will continue to promote strong relations with Sri Lanka.

TAGS :  Mangala Samaraweera ,  China ,  Li Keqiang ,  Wang Yi ,
Disclaimer: All the comments will be moderated by the AD editorial. Abstain from posting comments that are obscene, defamatory or slanderous. Please avoid outside hyperlinks inside the comment and avoid typing all capitalized comments. Help us delete comments that do not follow these guidelines by flagging them(mouse over a comment and click the flag icon on the right side). Do use these forums to voice your opinions and create healthy discourse.