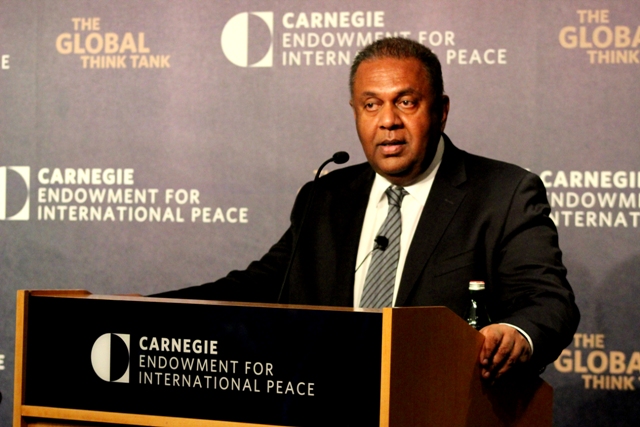 Foreign Minister Mangala Samaweera will travel to Geneva to attend the High-Level Segment of the United Nations Human Rights Council (UNHRC) to be held on March 2nd, 2015.

Over 65 Foreign Ministers from around the world are expected to participate in this year’s High-Level Segment.

“He is also scheduled to meet UN High Commissioner for Human Rights, Prince Zeid Ra’ad Al Hussein, the Ministry of Foreign Affairs said in a statement.

Sri Lanka’s bid to postpone publication of a United Nations report into alleged war crimes won the backing of Zeid, two weeks ago. The new government had asked for a delay of several months to give it time to establish a new judicial mechanism to deal with the allegations of war crimes committed during the country’s civil war.

TAGS :  Mangala Samaraweera ,  Maithripala Sirisena ,  UNHRC ,  UN ,  Zeid ,
Disclaimer: All the comments will be moderated by the AD editorial. Abstain from posting comments that are obscene, defamatory or slanderous. Please avoid outside hyperlinks inside the comment and avoid typing all capitalized comments. Help us delete comments that do not follow these guidelines by flagging them(mouse over a comment and click the flag icon on the right side). Do use these forums to voice your opinions and create healthy discourse.