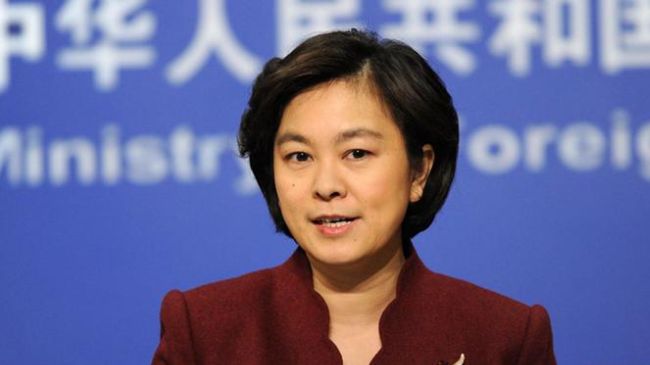 China says Sri Lanka loans made based on consensus

China’s loans to Sri Lanka were made based on consensus through talks between the two countries and at Sri Lanka’s request, the Chinese Foreign Ministry said on Monday, after Sri Lanka’s foreign minister expressed concern about the loans.

The minister, speaking in Beijing over the weekend, said Sri Lanka’s finance minister would visit Beijing to discuss the roughly $5 billion owed to China.

Chinese Foreign Ministry spokeswoman Hua Chunying said the loans were made on the principle of mutual benefit and would help promote development in Sri Lanka.

“The loans are extended at the request of Sri Lanka and based on consensus through consultations,” she told a daily news briefing.

“The loan arrangements are for the whole nation and people and have played a positive role in the economic and social development of Sri Lanka,” Hua added.

New Sri Lankan President Maithripala Sirisena has unnerved China with his re-examination of certain projects that China has invested in, including a $1.5 billion “port city” in the capital Colombo.

India, which lost out to China in infrastructure development on the Indian Ocean island, was particularly concerned about the security threat posed by Chinese ownership of land, aggravated by the docking of Chinese submarines in Colombo last year.

India had grown increasingly wary of former president Mahinda Rajapaksa’s pursuit of closer ties with China, which became a key supporter of the island’s economy after its 26-year civil war ended in 2009. (Reuters) -

TAGS :  China ,  Sri Lanka ,  loans ,  Beijing ,  Foreign Ministry ,  Hua Chunying ,  Mahinda Rajapaksa ,  port city ,
Disclaimer: All the comments will be moderated by the AD editorial. Abstain from posting comments that are obscene, defamatory or slanderous. Please avoid outside hyperlinks inside the comment and avoid typing all capitalized comments. Help us delete comments that do not follow these guidelines by flagging them(mouse over a comment and click the flag icon on the right side). Do use these forums to voice your opinions and create healthy discourse.