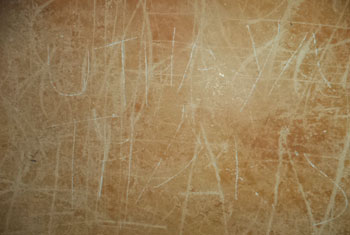 Woman jailed for 2 years for scribbling on Mirror Wall

A 27-year-old woman who scribbled on the Sigiriya Mirror Wall with a sharp object has been sentenced to two years imprisonment.

The woman who scrawled the Mirror Wall was first spotted by an archaeological officer and subsequently arrested by officials of the Sigiriya police post on February 15.

The suspect is identified as a resident of Batticaloa who was on a trip with a group of friends, according to the police.

The Mirror Wall has verses dating from as early as the 8th century. People of all types wrote on the wall, on varying subjects such as love, irony, and experiences of all sorts.

Further writing on the Mirror Wall now has been banned for the protection of old writings.

TAGS :  Sigiriya ,  Prison ,
Disclaimer: All the comments will be moderated by the AD editorial. Abstain from posting comments that are obscene, defamatory or slanderous. Please avoid outside hyperlinks inside the comment and avoid typing all capitalized comments. Help us delete comments that do not follow these guidelines by flagging them(mouse over a comment and click the flag icon on the right side). Do use these forums to voice your opinions and create healthy discourse.