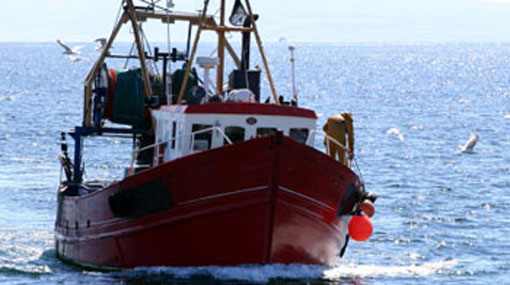 Fishermen in the region, who were looking forward to a new round of talks between their representatives with Sri Lanka, are in a state of suspended animation as a mid-sea fight seems to have turned the tides. They were hoping that bilateral talks would begin on March 5 once the state government received clearance from the Centre.

However, last Thursday, the Lankan navy apprehended 86 fishermen from Karaikal and Nagapattinam and 10 trawlers on charges that they had attacked Lankan fishermen from Mullaitheevu in mid-sea. Fisheries department officials in Chennai said the neighbouring country had suspended talks indefinitely and they were waiting for further communication from the Lankan authorities.

U Arulanandam of Alliance for Release of Innocent Fishermen from Pamban here said the prospects of productive talks had been ruined due to incidents at sea. “Sri Lankan fishermen are very upset that their Indian counterparts are destroying their marine wealth and fishing gear in spite of repeated appeals. They alleged that our fishermen attacked them in mid-sea and it appears they are thoroughly antagonised,” he said.

Justin Soysa, president of Federation of Mannar District Fishermen Associations in Sri Lanka, said the atrocities of Indian fishermen were increasing by the day. “They seriously injured one of our fishermen on Thursday. Our fishermen are struggling to eke out a living with limited resources, while Indian fishermen are destroying our livelihood,” he told TOI over phone. Sri Lankan fishermen contented that if the Indians insisted on fishing in their traditional fishing grounds that falls in Lankan territory they should at least use traditional fishing gear like them and not follow destructive practices like trawling.

“We will still come for talks if our government schedules any with Tamil Nadu fishermen and stress our stand,” Soysa added. Fishermen sources from Sri Lanka hinted that there may be talks in April.

On Sunday, Karaikal fishermen passed a resolution agreeing not to trespass into Sri Lankan waters. A federation of 11 village panchayats decided to impose a fine of Rs 50,000 on any fishing trawler that trespassed into Lankan waters, besides barring them from venturing into the sea till the fishing ban period ended in June, 2015. V Chelladurai, a boat owner from Kilinjalmedu in Karaikal, said it was self-imposed ban by the panchayats on their fishermen.

“If there was an attack in mid-sea as claimed by our Sri Lanka counterparts, it is very difficult to identify the attackers unless they give us some detail, like boat numbers. As of now, the panchayats have instructed our fishermen to not cross into Sri Lankan waters,” he said. - TOI

TAGS :  Sri Lanka Navy ,  Indian fishermen ,  Palk Strait ,  Rameswaram ,
Disclaimer: All the comments will be moderated by the AD editorial. Abstain from posting comments that are obscene, defamatory or slanderous. Please avoid outside hyperlinks inside the comment and avoid typing all capitalized comments. Help us delete comments that do not follow these guidelines by flagging them(mouse over a comment and click the flag icon on the right side). Do use these forums to voice your opinions and create healthy discourse.