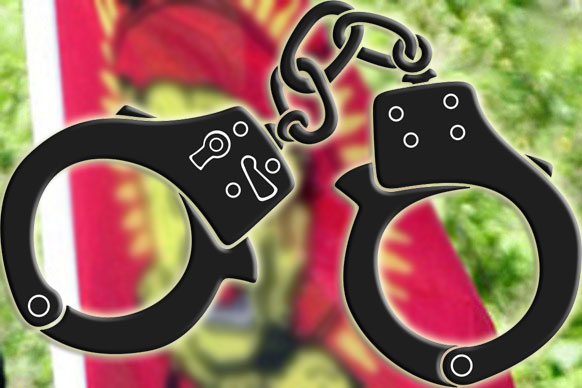 The former leader of the LTTE Women’s Sea Tiger Wing, Jeyaganesh Murugesu Pakeerathy, has been arrested at the Bandaranaike International Airport (BIA) in Katunayake while attempting to leave the country for France.

Police said that the 41-year-old suspect is the wife of Subramaniyam Jeyaganesh alias Samiraj, a key figure in the leadership of the LTTE organization and one of the principal fund raisers operating from Europe.

Following information received that Mrs Jeyaganesh was in the country, officers of the Terrorism Investigations Division (TID) had launched investigations to arrest her.

A team of TID officers managed to apprehend the suspect on Monday (2) after she arrived at the airport to board a flight back to France, police said.

Murugesu Pakeerathy had served at the leader of the LTTE Women’s Sea Tiger Wing from 1997 – 2000 and left the country for France in 2005.

She had returned to the island on February 09, 2015 and had been residing in the Paranthan area in Dharmapuram.

She is being interrogated under 72-hour detention orders after being produced at the Colombo Magistrate’s Court on Monday, police said.

TAGS :  LTTE ,  Jeyaganesh Murugesu Pakeerathy ,  Sea Tiger ,  LTTE Womens Sea Tiger Wing ,  Subramaniyam Jeyaganesh ,  Samiraj ,  BIA ,  TID ,  France ,
Disclaimer: All the comments will be moderated by the AD editorial. Abstain from posting comments that are obscene, defamatory or slanderous. Please avoid outside hyperlinks inside the comment and avoid typing all capitalized comments. Help us delete comments that do not follow these guidelines by flagging them(mouse over a comment and click the flag icon on the right side). Do use these forums to voice your opinions and create healthy discourse.