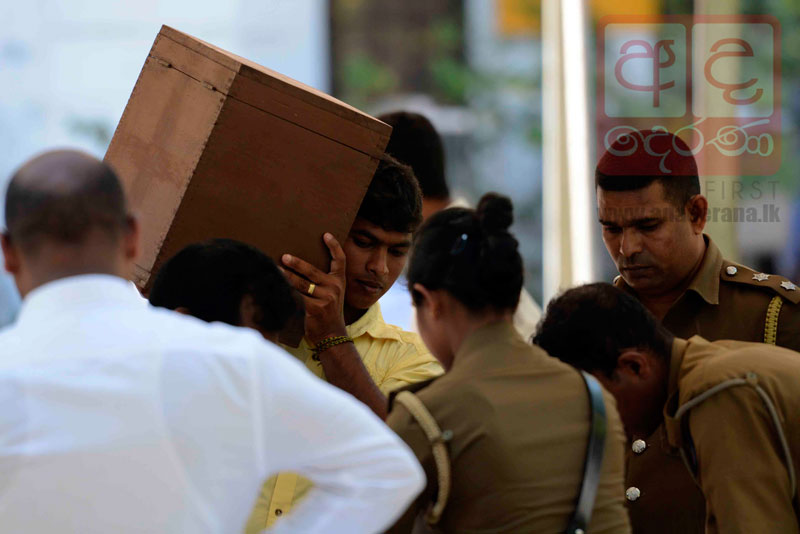 General election to be held after new electoral reforms

The Cabinet has decided to hold the next General Election only after constitutional changes take place for new electoral reforms, Cabinet Spokesperson Minister Rajitha Senaratne said.

According to the government 100-day pledge, it was scheduled to prepare new election laws in accordance with the proposals put forward by the all party committees by 2 March, and pass the new system by 17 March.

However, the Minister added that the Government might take more time to make the proposed reforms, if 100-days period is not enough.

TAGS :  Cabinet ,  General election ,  100-day pledge ,  Rajitha Senaratne ,
Disclaimer: All the comments will be moderated by the AD editorial. Abstain from posting comments that are obscene, defamatory or slanderous. Please avoid outside hyperlinks inside the comment and avoid typing all capitalized comments. Help us delete comments that do not follow these guidelines by flagging them(mouse over a comment and click the flag icon on the right side). Do use these forums to voice your opinions and create healthy discourse.