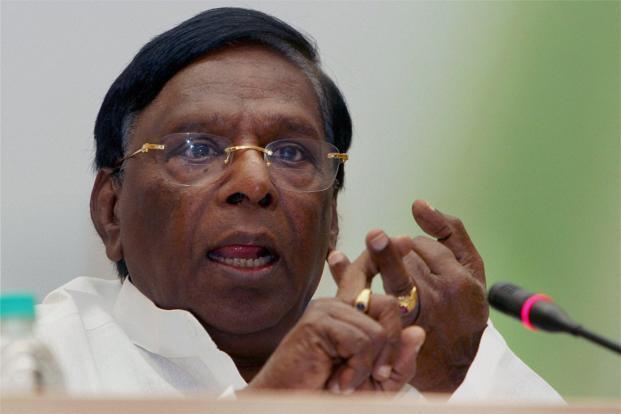 Wickramasinghe had said that Indian fishermen may be shot if they intruded into Lankan waters.

“It is indeed mind boggling that the Lankan Prime Minister had aired a very serious comment and stoked a controversy. His comment is absolutely unacceptable and India should show its strong protest,” he said in a release here.

The Prime Minister should call off his plan to visit Sri Lanka as Wickramasinghe’s comment, in an interview to a Tamil channel, had demeaned the Indian fishermen, he said.

Stating that the comments had hurt the Indian fishermen and ‘betrayed a situation that a small nation was posing a threat to India, a big country’, he also asked External Affairs Minister Sushma Swaraj to cut short her current visit to Sri Lanka to mark India’s strong protest.

Narayanasamy, a former Minister of state in PMO, recalled that during the Congress led UPA Government, Lankan fishermen who strayed into Indian waters were directed to return as it adopted such a approach ‘on humanitarian grounds’.

He said that even after the change of guard in Sri Lanka, incidents of detention of Indian fishermen and their vessels were continuing.

TAGS :  Narendra Modi ,  Maithripala Sirisena ,  India ,  New Delhi ,  Congress ,  Narayanasamy ,
Disclaimer: All the comments will be moderated by the AD editorial. Abstain from posting comments that are obscene, defamatory or slanderous. Please avoid outside hyperlinks inside the comment and avoid typing all capitalized comments. Help us delete comments that do not follow these guidelines by flagging them(mouse over a comment and click the flag icon on the right side). Do use these forums to voice your opinions and create healthy discourse.