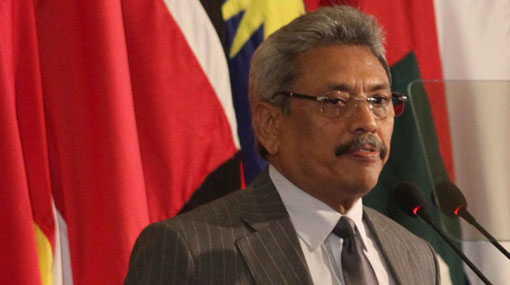 The Galle Magistrate’s Court on Monday (9) issued a directive to the Department of Immigration and Emigration to temporarily impound the passports of four persons including ex-Defence Secretary Gotabaya Rajapaksa and former Navy Commander Vice Admiral Somathilake Dissanayake.

Earlier, the Colombo Magistrate impound the passport of Avant Garde Security Services Chairman, Major Nissanka Senadhipathi as well. The police had pointed out that further investigations regarding the floating armoury was necessary and that investigations would be hampered if the chairman leaves the country.

TAGS :  Vice Admiral Somathilake Dissanayake ,  Defence Secretary Gotabaya Rajapaksa ,  Defence Secretary ,  Gotabaya Rajapaksa ,   Avant Garde Security ,
Disclaimer: All the comments will be moderated by the AD editorial. Abstain from posting comments that are obscene, defamatory or slanderous. Please avoid outside hyperlinks inside the comment and avoid typing all capitalized comments. Help us delete comments that do not follow these guidelines by flagging them(mouse over a comment and click the flag icon on the right side). Do use these forums to voice your opinions and create healthy discourse.